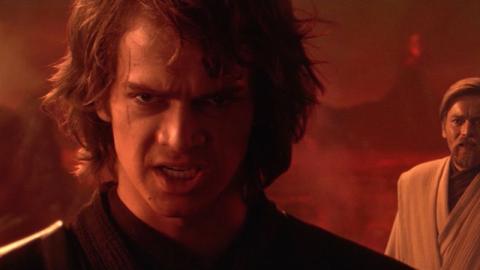 A big surprise for you Star Wars fans out there: Hayden Christensen could be returning as Anakin Skywalker for the Star Wars series dedicated to his master, Obi-Wan Kenobi.

Disney isn’t done with the Star Wars universe just yet. Although Star Wars 9 recently hit cinemas, the release date for season 2 of The Mandalorian has just been revealed and we have just heard that Obi-Wan will be getting his own series on Disney+, and there is yet another huge surprise coming our way.

Although some people might not necessarily remember Hayden Christensen for his cameo in the Star Wars prologue, we are all very happy to admit that seeing him succumb to the dark side and give birth to Darth Vader was every fan’s dream come true.

And ever since the actor made an appearance in Star Wars: The Rise of Skywalker, we have been wondering whether Disney has any plans for the future of this character.

And according to the website We Got This Covered, it seems that they do! According to the rumour they have released, Anakin could in fact be making a comeback to the Obi-Wan series which will apparently follow his story before he succumbed to the dark side. Of course, nothing has been confirmed 100% as of yet, given that the series is still in the making, but the plans they have in place do seem to include Hayden Christensen, nonetheless.

After his rather disappointing appearance during the Star Wars 9 finale, Disney has since hinted at the fact that they could even have plans for his character outside of the Obi-Wan series. We’re hoping to find out more about this from Disney very soon but in the meantime, may the force be with you.