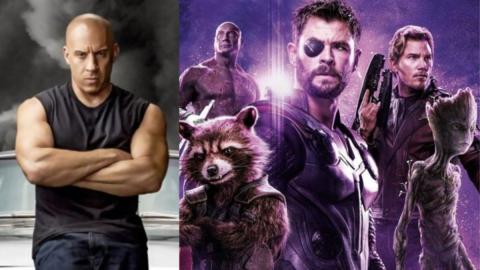 While promoting his new film Bloodshot, Vin Diesel opened up about the future of the Guardians of the Galaxy. Although we did expect some changes concerning Groot, the good news is that we should see the group back together sooner than expected…

We will finally be able to see Black Widow’s first solo film on October 28th. This Avenger has been played by Scarlett Johansson since Iron Man 2 (2010), but her solo film is much more than an event, it will also mark the launch of Phase 4 of the Marvel Cinematic Universe. The following films in this new phase will then allow the general public to discover some unknown characters and some others who we know quite well…

The Guardians will lend Thor a hand

What's sure is that the third episode is in development, and will be directed by James Gunn once again. He is back after being initially fired from the project, and he now even has an idea for a Marvel/DC crossover movie. When it comes to the cast, there are likely to be some surprises, but the usual characters such as Star-Lord, Gamora, Drax, Rocket, and Groot, and the actors who play them, will all be back.

Vin Diesel, the voice behind the adorable Groot since the first film in 2014, will return to the character again, and it seems that the actor is already aware of several of the film's elements. While promoting the film Bloodshot, where he plays a genetically modified soldier, the star from the Fast & Furious franchise teased some new information. The first point is that the Guardians of the Galaxy will be seen in Thor: Love and Thunder, the God of Thunder’s fourth adventure scheduled for February 2022.

‘The director [Taika Waititi] talked to me and Thor will incorporate some of the Guardians of the Galaxy. That'll be very interesting, nobody knows, maybe I shouldn't have said anything’

This news confirms what everyone has been hoping for since the end of Avengers: Endgame. At the very end of the film, Thor chose to hand Asgard over to Valkyrie before boarding the Guardian’s ship, The Milano. This promises more hilarious exchanges between Thor, Star-Lord, and Drax... but that's not all. Since he has aged in each of his film appearances, Groot will once again be given a new form, as revealed by Vin Diesel:

Following Baby Groot and Teen Groot, we will now get to meet Alpha Groot, a more imposing version of the character. Will the Guardians only get a cameo, or will they have a larger role? Will they cross paths with Christian Bale, who was confirmed as the villain in Thor 4? Will Alpha Groot be more popular than Baby Groot? We won’t find out until February 2022…