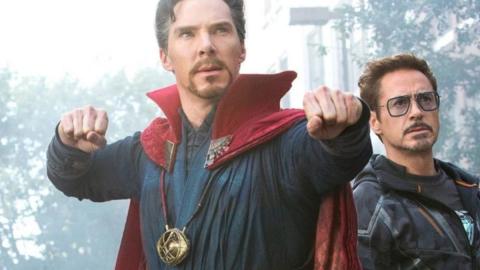 What if Doctor Strange is actually the Marvel Cinematic Universe’s main villain? One theory put this hypothesis forward, and the arguments are convincing to say the least!

A little over a year ago, Avengers: Endgame was released in cinemas, finishing off the Avengers series perfectly, and at the same time breaking box office records. Thrilled audiences watched the Avengers' victory over Thanos and ‘the snap,’ a victory made possible in large part by one character; Doctor Strange. And just when we thought The Sorcerer Supreme was one of the good guys, a theory has just shattered that illusion by suggesting that he might have been playing everyone from the very beginning.

Doctor Strange, a villain from the start?

According to CBR, Doctor Strange may indeed have served much darker purposes. In Avengers: Infinity War, the Sorcerer Supreme chooses a reality from among the 14,000,605 he has seen. This reality is the only one in which victory over Thanos is possible. What if Stephen Strange had held something back? Thanos is defeated because of this choice, but at the same time, in this reality, Iron Man dies, Captain America ages and is therefore no longer able to fight, and the Hulk’s arm is handicapped because of the Infinity Gauntlet.

Wouldn't these heroes have been the only ones capable of facing off against Doctor Strange if he decides to embrace more nefarious goals? Besides them, who else is left? The Sorcerer Supreme may have chosen a reality in which Captain Marvel would be absent from Earth at the moment he decided to act. Scarlet Witch is powerful, but maybe not psychologically enough to resist him.

The answer in Doctor Strange 2

So is this theory correct? Did Stephen Strange choose to turn to the dark side of magic to control his destiny? We'll have to wait until March 25, 2022, with the release of Doctor Strange in the Multiverse of Madness to find out!