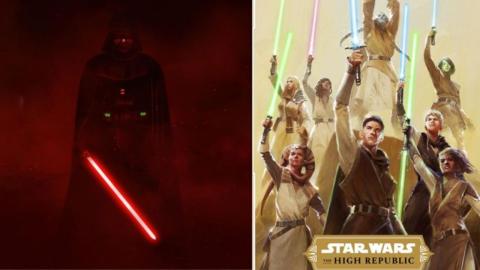 Now that Skywalker's adventures have come to an end, the Star Wars franchise is moving into a new era: the High Republic. Fans will be delighted to discover a whole new lightsaber!

The Skywalker saga may have ended last year with a 9th episode that fans were not very pleased with, mainly because of issues with the script, but that doesn't mean that we're done with the legendary Star Wars franchise. While they do plan to make more movies in the years to come, the franchise, which was created by George Lucas, will also be branching out into other types of media, such as video games, books, novels, and new comic books.

At the start of the year, we learned that the future of the film franchise would be set in a whole new period: the High Republic. The story will take place long before the events of the Skywalker saga, 200 to 400 years before The Phantom Menace, and plunge us into a galaxy where peace reigns. You might want to study up on this period beforehand...

Of course, although it was a period of peace, the Jedi were present during the High Republic, and we're excited to see them again. But what would a Jedi be without their signature weapon, the lightsaber? Although the emblematic Star Wars weapon has always fascinated the masses, intriguing fans for nearly 40 years, we have to admit that lightsabers lack variety. Fortunately, the High Republic will be an opportunity for fans to discover at least one new lightsaber... inspired by Excalibur.

Star Wars meets the Knights of the Round Table

The new Arthurian lightsaber design was revealed on StarWars.com. Michael Siglain, Creative Director at Lucasfilm Publishing confirmed that Excalibur was the inspiration behind it:

We wanted to make the Jedi distinctive and instantly recognizable as Jedi Knights of the High Republic, and that applies not only to their clothing but to their lightsabers, as well. Internally, we often refer to the Jedi of this era as ‘the Jedi Knights of the Round Table.’ Taking that idea one step further, their sabers can be viewed as their own versions of Excalibur.

In addition to this information and the new lightsaber designs, we found out that said lightsaber will be wielded by a Jedi named Stellan Gios. After seeing its 'Star Wars-ian' scabbard and its pommel's 2 laser beams, we have to admit that we can't wait to see this saber in action.