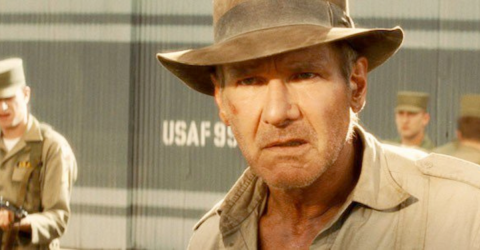 The legendary director of the saga, at the head of the first 4 films, has just thrown in the towel...

A big blow to the fifth Indiana Jones film. Steven Spielberg has left the project, even though he had directed the 4 previous films. One of the pillars of the saga is leaving...

Although the Indiana Jones adventures have seen one of their central elements leave, Harrison Ford is still attached to the film and has no plans of changing his mind. The fifth feature film has been in the making for quite some time, and it's only at the beginning of 2020 that Spielberg decided to leave because of 'creative differences.'

So all is not lost, since the actor who also played Han Solo will take over casting duties, while Spielberg will remain behind the scenes as a producer. But his role as director is still a big job to take on, and names are already being thrown around as to who will direct the film... James Mangold (Logan) is already rumoured, and could well follow up on the success he had with the last Wolverine film.

Indiana Jones and the Fountain of Youth?

Currently scheduled for June 2021, Indiana Jones could well be postponed. However, actor Harrison Ford is not getting any younger, and the script might take this into account, quite literally. It is fitting that Logan's director is being considered, since the end of the movie could pull a Logan by (spoiler alert), killing Indiana Jones.

Spielberg is said to have chosen to focus on the Avatar franchise rather than closing out Indy's story. Still, for the moment, neither saga seems ready to move ahead and according to the latest news, neither one will be making any headlines for a while yet.