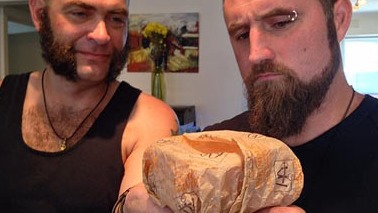 In 1995, these Australians bought some burgers at a McDonalds after a pretty boozy evening, but they didn’t think that over 20 years later, they’d be on TV showing one of them.

A wild, and frankly disconcerting outcome

And the crazy thing is that, despite it being hard as a rock, the burger hasn’t aged. When they found out how popular this burger was, the two Australians decided to create t-shirts with a picture of the burger on- there’s even a song on iTunes that they wrote about it.

With the proceeds, they’ve been able to give the money they raised to the Beyond Blue association, which helps people with depression and mental disorders.