Film capture technology has come an incredibly long way since its inception in the 1890s – when literally only a few individuals had access to the then extremely basic precursors of modern cameras. 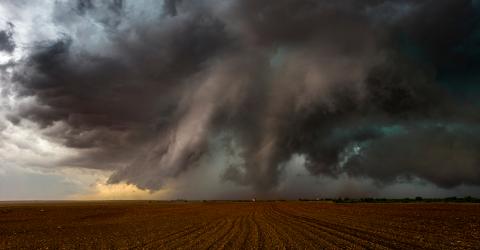 Nowadays, we all carry cameras capable of capturing high-quality video in our pockets – enabling us to immediately capture any and all strange and interesting events we happen to come upon.

And sometimes, these phenomena are downright terrifying to look at.

Looking like something straight out of an apocalypse film, meteorites blaze a bright path through the sky before hitting the ground with an earth-shaking crash.

A meteorite is defined as a solid piece of debris – usually a large rock – from outer space that happens to cross the Earth’s atmosphere and hit the planet surface. Due to several reactions involving friction and pressure, it leaves a blazing trail of fire in the sky that’s downright terrifying to behold – particularly if you note that the largest example ever found – the Hoba meteorite, discovered in 1920 - weighed 60 tons. For comparison, that’s about 38 Audi A4s.

A tsunami is a series of massive, rolling waves, hitting the shore and destroying everything in their path. The waves can reach 30.5 metres (over 100 feet) in height – a genuinely unimaginable sight. Thanks to video recordings of tsunamis coming in, we don’t have to imagine this phenomenon, though – we can witness the full, terrifying extent of its raw power.

Tsunamis are caused by underwater earthquakes – shifts in tectonic plates laying under the surface of the sea or ocean. The deadliest tsunami recorded happened in 2004 on the Indian Ocean, causing the deaths of almost 230,000 people.

An avalanche, or snowslide, is a relatively common phenomenon involving huge slabs of snow breaking off the side of a mountain and sliding down at extremely high speeds. They can be triggered by several factors, from seismic activity to human actions.

Avalanches can reach the speed of 80 mph within as little as 5 seconds. Luckily, modern science enables us to predict the largest avalanches and take the necessary precautions – as well as capture the terrifying mass of snow on film!

If there’s anything more terrifying than an avalanche, as far as mountain-related phenomena go, it’s a rockfall. As the name suggests, a rockfall happens when a huge piece of rock breaks off the side of the mountain to come crashing down into the valley below.

In October 2015, a particularly blood-curdling instance of rockfall was caught on film. Taking place in Mel de la Niva in Switzerland, the recording shows 2,000 cubic metres of solid stone breaking off and falling off the mountain. Luckily, scientists had anticipated the rockfall and nearby settlements had been evacuated in time, so the only damage was that to the surrounding forest.

Depending on where you live, a tornado can seem like an extremely rare occurrence. That’s actually not the case: an average of 1,000 tornadoes take place every year in the United States alone, resulting in 80 deaths and over 1,500 injuries. The UK’s much luckier in this respect, with 30-50 tornadoes in a typical year.

Seeing this terrifying phenomenon on video is nowhere near as paralyzing as experiencing it first-hand, of course, but it’s still more than enough to get an idea of the immense force and size behind a full-scale tornado.

Surely nothing compares to being a first-hand witness to a frightening, massively scaled and terribly dangerous natural phenomenon – videos and photos can do nothing more than to give us the vaguest idea about the experience.

Still, we’re lucky to have even that: even twenty or thirty years ago, you’d be hard-pushed to see a live recording of something as impressive as a meteorite fall or a rockslide. Now, a few taps on the screen are enough to enable us to see all of these phenomena. As we watch them in awe, though, let’s not forget how fortunate we are to be safely viewing them from the comfort of our home. 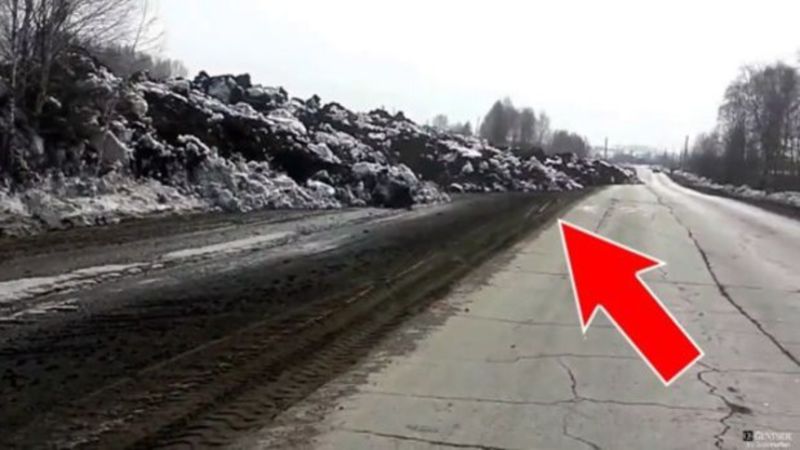 Terrifying Footage of a Mudslide Caught on Camera
Read more

TV & Film, film
This Is The Surprising Reason Filming For Aquaman 2 Has Been Delayed
Read more 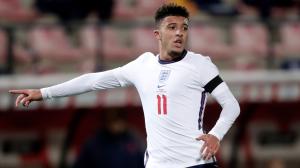 TV & Film, film
The Title Of The New Jurassic World Has Been Released As The Director Confirms Filming
More