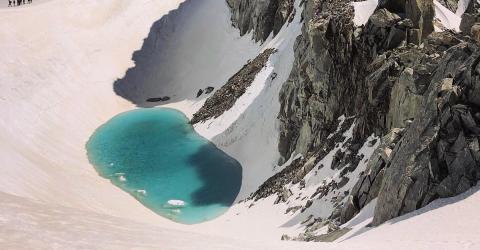 A lake on Mont Blanc was formed at an altitude of almost 10,000 feet… yet another worrying sign of global warming.

The footage is incredible: earlier this month climbers discovered a lake at an altitude of almost 10,000 feet on Mont Blanc, located between Dent du Géant and Col de Rochefort in the French Alps. According to experts, the recent heat wave in France may well be responsible for this. The heat wave and global warming continue to wreak havoc on the landscape of our planet.

Incredible, but not unique

Record temperatures were measured in the Mont Blanc region, reaching 9.3°C on June 29th, causing the ice to melt. According to glaciologist Ludovic Ravanel, interviewed by Radio Mont Blanc, this has been an annual phenomenon since 2015. He also explained that this type of lake is on average 30 feet wide and 100 feet long.

A melting that is global and worrying

This is not unlike the increase in ice melting due to global warming. Recently, it was reported that a large part of Greenland had melted into a lake. In 2018 NASA sent the ICESat-2 satellite to accurately measure the melting of the ice.

What are the consequences?

According to a study, if nothing is done to reduce greenhouse gas emissions, 90% of the Alps' glaciers are at risk of melting and disappearing by the end of the century. Melting ice will result in an increase in the volume of our oceans, the disappearance of land and the destruction of natural habitats of many species already threatened or in the process of extinction. 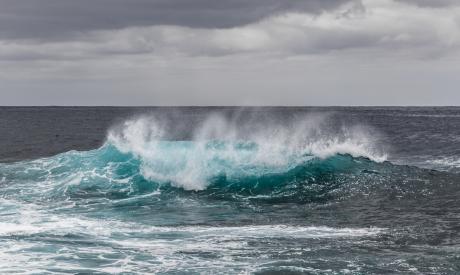 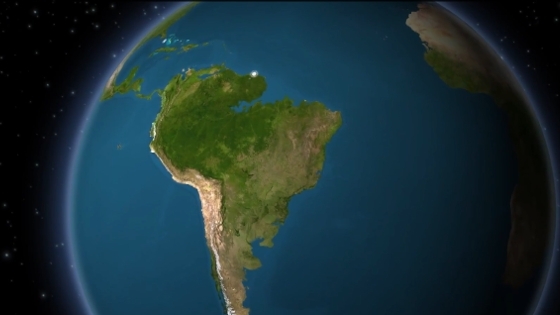