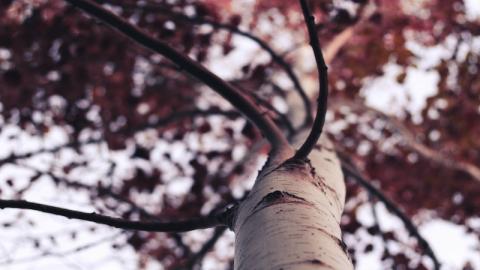 In the United States, a strange natural phenomenon is capturing everyone’s attention—the citizens of a Chicago suburb are witnessing ‘tears’ flow from trees.

Nature will never stop astounding us. On the other side of the Atlantic, the people of Evanston, a suburb of Chicago, Illinois, are witnessing an extraordinary spectacle: this winter, a tree began to cry!

Beneath the thin layer of ice covering its trunk, it’s possible to see a stream of cascading water that resembles tears. No Hollywood special effects required—this crazy sight is due only to a sudden change of temperature, and has been seen in other parts of this area as well.

However, these ‘tears,’ as poetic as they are, are also evidence of how climate change is altering the U.S. (as well as the rest of the world). The sudden temperature changes at the root of this occurrence are also the cause of some of the climactic catastrophes regularly hitting the country, like hurricanes and violent wildfires.

Take a look at the video above to see the phenomenon for yourself...