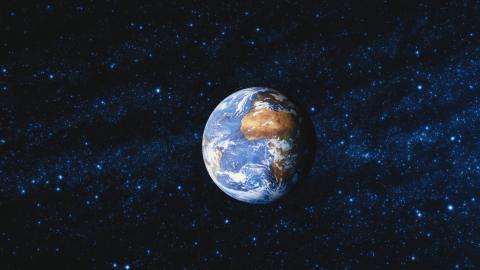 A team of scientists has been attempting to discover what shape the next terrestrial supercontinent could take. Together, they have come up with four possible scenarios.

The Earth is far from a simple ball of rock, but a living organism that changes as often as the world spins. Over millions of years, it has transformed as a result of the constantly moving tectonic plates that lie beneath the surface. 300 million years ago, the continents that exist today fit together to form one supercontinent known as Pangea, which then began to fragment and split off to form other smaller continents.

But what will our blue planet look like in 200 million years time? This is the question that scientists have been trying to answer and have therefore come up with four models of what the Earth could possibly look like in the future.

Towards the next supercontinent

During their constant journey, the continents we know today often come together to form one supercontinent. After a few hundred million years, they separate again and drift away from each other only to come back together once again later. Scientists believe that we are in the middle of this process at the moment and that the next supercontinent will form in 400 to 600 million years time.

‘The question is: how will the next supercontinent form, and why?’ as researchers on The Conversation have been wondering.

‘There are four fundamental scenarios for the formation of the next supercontinent: Novopangea, Pangea Ultima, Aurica and Amasia.’ The dynamics of the separation of Pangea (derived from the Ancient Greek words pan and Gaia, meaning ‘whole’ and 'land’), the last supercontinent to date, determines the way the continents move and will come together again in the future.

Currently, the Pacific Ocean is gradually becoming narrower (at a rate that is undetectable to humans), which gives the Atlantic Ocean the space it needs to expand. If this continues, ‘we have a scenario where the next supercontinent forms in the antipodes of Pangea’. This new Pangea, or Novopangea, would form one big mass in the middle of the current Pacific Ocean, combining all the continents that currently exist today.

However, the opening of the Atlantic could conversely slow down and start closing, leading to a completely different scenario. This would lead to a reforming of Pangea surrounded by a gigantic Pacific Ocean. This time, however, the continents could come together to form a sort of ring where South America would be joined to East Asia by the Antarctic. This scenario is known as Pangea Ultima.

On the other hand, if the Atlantic were to develop new subduction zones (which could actually be happening right now). The Atlantic and the Pacific Ocean could come together and a new ocean basin would have to form to replace them. As a result, the Pan-Asian rift which currently cuts through Asia would open to form a new ocean and lead to the supercontinent Aurica.

And finally, another supercontinent named Amasia could form.

Several of the tectonic plates are currently moving north, including both Africa and Australia. […] Because of this northern drift, one can envisage a scenario where the continents, except the Antarctic, keep drifting north. This means that they would eventually gather around the North Pole.

Ultimately, scientists believe that the supercontinent Novopangea is the most likely scenario, but only time will tell what the world of tomorrow will look like. 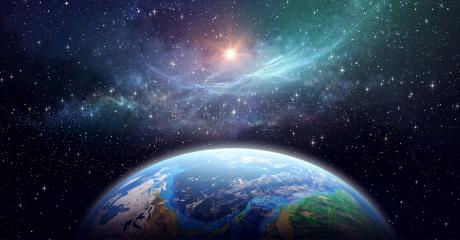