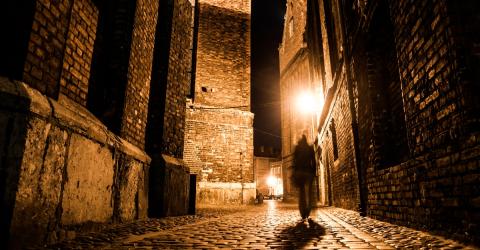 Has one of the greatest mysteries of criminal history finally found its epilogue? The identity of one of the most infamous serial killers was revealed after nearly 150 years of investigation. A team of scientists revealed that Aaron Kosminski was the real Jack the Ripper.

For nearly 150 years, countless theories, from the most far-fetched to more plausible ones, have circulated about the identity of Jack the Ripper, the nickname given to the killer who terrorized London(England) at the end of the nineteenth century.

An investigation published in the journal Journal of Forensic Sciences has revealed the name of the infamous serial killer.

To reach this result, a forensic investigation was again conducted by Jari Louhelainen from the John Moores University of Liverpool and David Miller of the University of Leeds (England). They used a shawl that had belonged to Catherine Eddowes, the supposed fourth victim (out of 5) of Jack the Ripper and that she wore at the time of her death. Her atrociously mutilated body was found on the night of September 30, 1888 in the London Borough of Aldgate.

The researchers analyzed the traces of blood and sperm left on the garment. They then compared them with fragments of mitochondrial DNA (which is transmitted by the mother, ed) taken from several descendants of Aaron Kosminski, long suspected to be the serial killer. They discovered that the samples matched.

"To our knowledge, this is the most advanced study ever done on this case," noted the scientists in their report.

This was not the first time the name of this man appeared during the course of this investigation. At the time of the events, this 23 year old Polish barber was among Scotland Yard's suspects.

A witness told police that he saw Aaron Kosminski with one of the victims just before she was murdered. But he retracted this some time later. Due to lack of sufficient evidence, he could not be sentenced. Suffering from hallucinations and paranoia, Aaron Kosminski spent a lot of time in psychiatric hospitals and died at the age of 53.

His name came back on the scene in 2014 when Russell Edwards, a British businessman and passionate about the Jack the Ripper, published a book in which he claimed that Whitechapel's barber was the Victorian era serial killer.

He bought the famous shawl at auction and had a DNA analysis performed at his expense, by Jari Louhelainen, expert in genetics and author of the article published recently! The tests revealed Aaron Kosminski was Jack the Ripper.

#history
Contact
To ensure that we can best respond to your question, please choose your desired department
No connection
Check your settings