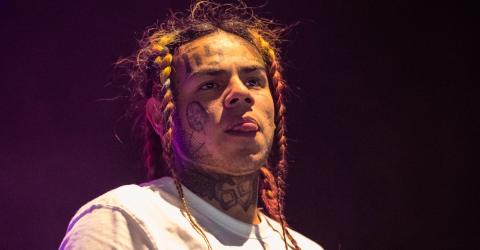 Daniel Hernandez AKA Tekashi 6ix9ine had been kidnapped last year. Recently, footage was released revealing the whole thing go down...

Rapper Tekashi 6ix9ine was kidnapped in July 2018. Linked to the kidnapping was a member of the Nine Trey Bloods Anthony "Harv" Ellison. Hernandez was also affiliated with the gang.

Hernandez has been charged of racketeering conspiracy, multiple firearms offences, narcotics trafficking and more. He could face at least 47 years in prison.

In hopes of getting a reduced sentence he agreed to testify against Ellison as well as another member of the gang: Aljermiah "Nuke" Mack who have been arrested on similar charges. Ellison also faces additional charges due to being linked with the kidnapping.

The two men, one of which allegedly being Ellison were said to have considered killing the rapper. Hernandez stated that instead he came to an agreement where he would give them his jewellery valued over 100,000 dollars.

Despite this agreement the men took the jewellery and kept Hernandez, realising that he either had to make a break for it or be killed he opted to run when the vehicle came to a stop.

Making it to a stopped vehicle he hastily jumped in the back and shouted to the driver: 'Bro, I'm about to die. Just drive!" After escaping, the driver dropped Hernandez off at a police station.

Check out the video above to see some footage of the harrowing experience. 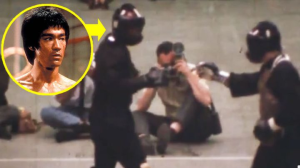