Emily Ratajkowski has been in the spotlight once again on social media. But this time, it’s not her nudity that’s been calling attention to her - it’s her dog.

All you have to do is take a quick glance at Emily Ratajkowski’s Instagram account to realise that she loves posting photos of herself in her underwear. And her over 24 million subscribers on social media really love these photos too.

But one of the model’s latest posts has been shocking internet users. In this photo, you can see Emily Ratajkowski in her underwear and with a long open shirt, holding her dog in quite a strange way.

And this is the detail that has been causing animal-rights fighters to react. Lots of comments have been criticising the way the model is treating her four-legged friend. One follower complained, ‘Try to hold your dog correctly’ while another posted a similar comment: ‘An animal is not an accessory… the way you’re holding this dog is disgusting, it’s not a bag.’

Check out the video above to see the furore for yourself! 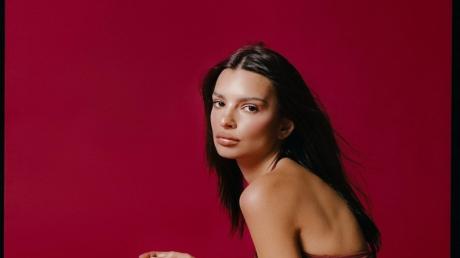 Emily Ratajkowski Poses In Lingerie Without Shaving For One Important Reason