Over the last ten years, social media has had an important place in our lives. Although Facebook, Twitter and Instagram, to name a few, used to be the best ways for us to simply express ourselves, some people quickly became addicted to them.

In fact, some people can’t manage to stay off social media and spend most of their time with their nose pressed up to the screens of their phones, closely watching every little thing that their friends are doing.

But spending too much time on social media can affect your mental health. It is even considered an actual disorder nowadays.

Raylynn is all the rage on Instagram right now. After revealing her impressive hips (with a hip circumference measuring 180cm), she has had to endure some very critical remarks from people accusing her of using Photoshop.

Next thing you know, she is posting a video of herself moving and shaking her body to prove that she is 100% real and natural. It’s up to you to judge… 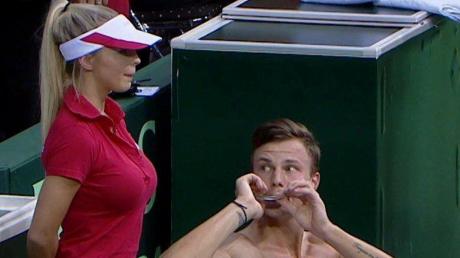 This Photo Of A Davis Cup Ball Girl Went Viral - But There's More To Her Than Meets The Eye...