American rapper T.I. released a particularly provoking music video to generate some buzz for his new album. In it, Melania Trump performs a strip-tease for the singer behind the desk of the President of the United States.

Since her husband began his presidential duties in the White House’s Oval Office, Melania Trump has become a regular target of mockery. The First Lady herself has even spoken out on the derision she’s received, saying in an interview with ABC that she is “the most bullied person in the world.”

A new video from the rapper T.I. might just help validate her opinion. On Saturday October 15th, the man who brought us “Live Your Life” shared a short video on Twitter in which he takes on the role of a White House security agent. When Donald Trump leaves his official residence in a helicopter, the character played by the rapper meets up with Melania in the Oval Office.

The video’s Melania sports the infamous Zara jacket with the enigmatic phrase “I really don’t care. Do U?”— a clothing choice for which the real Melania garnered no small amount of criticism when she wore it to visit a center for Mexican migrant children. The “First Lady” rapidly removes the jacket to launch into a striptease for T.I., who sits and lights a cigarette in Trump’s seat. The fake Melania shows herself completely naked, all while putting some sensual moves on the 38-year-old rapper.

“Dear 45 [45th president of the United-States], I ain’t Kanye,” wrote T.I. on Twitter when the video went live, in apparent response to the fact that the husband of Kim Kardashian continues to get closer and closer with Donald Trump. This video was, unshockingly, heavily criticized by the First Lady’s entourage. Stephanie Grisham, Melania Trump’s press secretary, criticized what she called the rapper’s “unacceptable” behavior. With this new video, the singer of “Whatever You Like” made his thoughts on the American presidential couple very clear—all in sparking a little extra attention for his new album Dime Trap, available since October 5th. 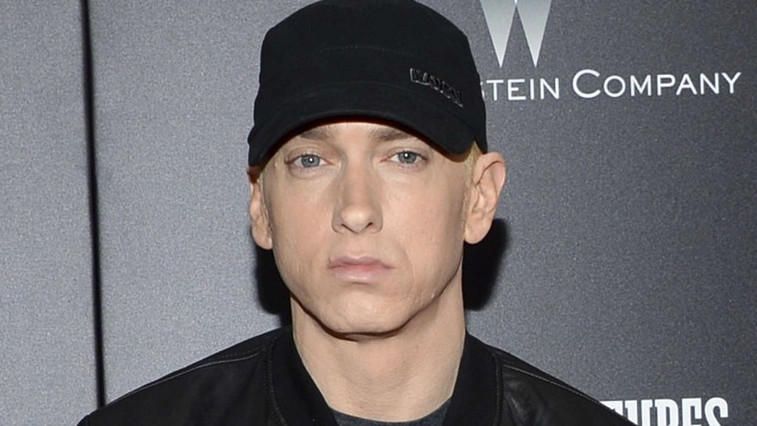