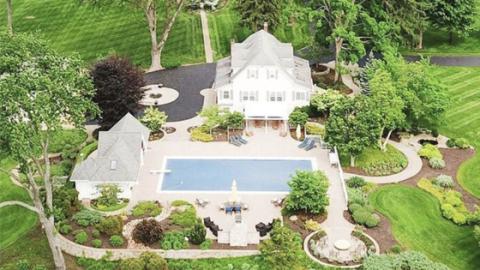 For just under two million dollars, you could buy a house that was owned by the legend, Muhammad Ali.

The original price almost looked like a symbol, 2,895,037 dollars. The last two digits apparently representing the 37 KOs the legend had during his career.

Now, the house has been listed for sale once again - at a price of just 1.95 million dollars. What a bargain!

The boxer bought the Berrien Springs Farm in Michigan in 1975 and it boasts a boxing gym, swimming pool, massage room and even a basketball court.