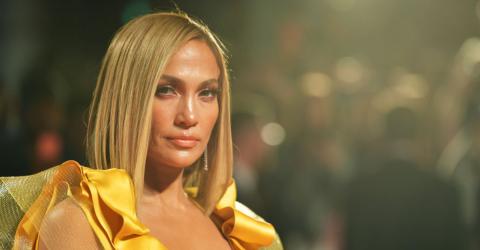 Jennifer Lopez is one of the most lusted-after singers in the world. Way before the Kardashians rose to fame, she made curves trendy and was known for having the world's best booty.

Jlo is living her best life right now. The singer turned 50 a few months ago and celebrated it with her partner Alex Rodriguez, to whom she got engaged earlier this year, in March.

Jennifer Lopez's career has also been on fire. She starred in two movies this year and has just announced that she will be performing alongside Shakira at one of the most anticipated shows of the year, the Super Bowl halftime show.

But, as you know, the more successful you are, the more jealousy you attract, and haters have been having a field day with the artist since photos of her on a yacht surfaced online. But what's so terrible about them? The fact that she looks natural, with a little belly and cellulite.

The singer follows an intense workout routine and is very careful about what she eats. One thing's for sure, she has a killer body that many of us would love to have. The fact that Jlo is being criticized for how her body looks is a clear example of the body shaming that all women are subjected to.

You can see the photos for yourself in the video!