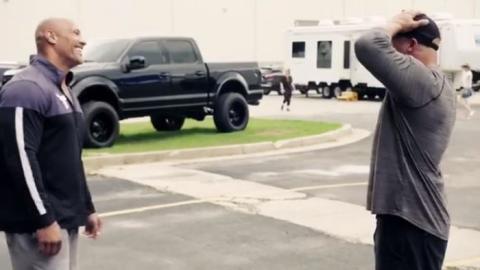 Dwayne Johnson Surprises His Stunt Double With An Amazing Gift

To thank his stunt double for all his work, The Rock had a big surprise in store for him which he won’t soon forget.

The Rock has a big heart, there is no doubt about that. Dwayne Johnson decided to surprise his stunt double, who had just returned from an injury, with an incredible gift to thank him.

Letting him believe that the film crew was shooting a general behind the scenes clip for the movie, ‘The Rock’ invited Tanoai Reed to take part in a short conversation on camera, before announcing some big news.

Acknowledging his friend who has been his stunt double for 17 years, Dwayne Johnson decided to offer Tanoai Reed a brand new pickup truck. ‘I love you, thank you, have fun with your new truck,’ said the former wrestler to his stunt double, pointing to the magnificent black vehicle that the actor had carefully parked just behind them.

It goes without saying that Tanoai Reed couldn’t believe his eyes. Incredulous and taken aback, the stuntman actually took a few moments to realise this was a gift from The Rock, who confessed to considering him his brother. How cute! 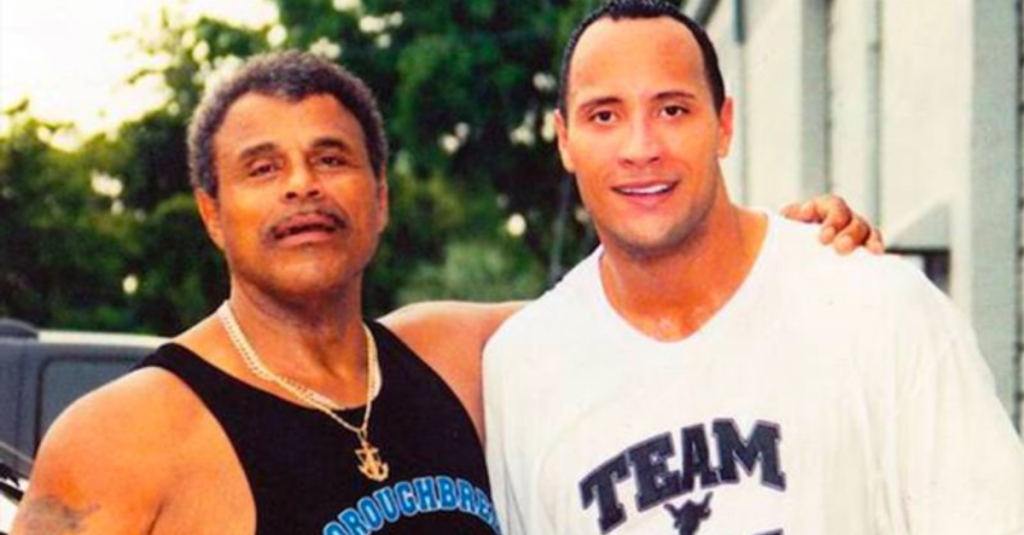 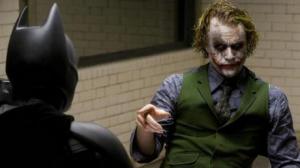 Christian Bale Proves Why His 'The Dark Knight' Co-star Heath Ledger Was Completely...

Dwayne Johnson Talks About When He Was Choked Out By UFC Veteran Jason 'Dooms'... 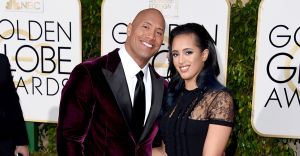