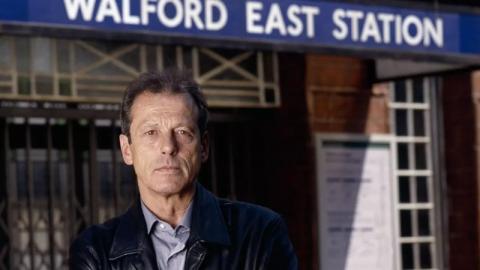 Leslie Grantham, who played Dirty Den on the BBC soap Eastenders has passed away aged 71.

Best-known for his stint as Eastenders baddie 'Dirty' Den Watts, Grantham had been living in Bulgaria until he returned to the UK for medical treatment this week. A representative for the actor has confirmed that he passed away following a short illness on Friday morning.

Before starring in Eastenders, Grantham had been a soldier and it was while serving in Germany that he shot and killed a taxi driver in a botched robbery. Though he claimed that he didn't know the gun was loaded, Grantham was sentenced to murder and served ten years of a life sentence.

On his release, Grantham studied acting and became well-known when he was cast in Eastenders as Den Watts. He appeared in the show from 1985 to 1989 then reprised the role from 2003 to 2005.

Most recently, Grantham had been working in Bulgaria, starring in the series The English Neighbour.