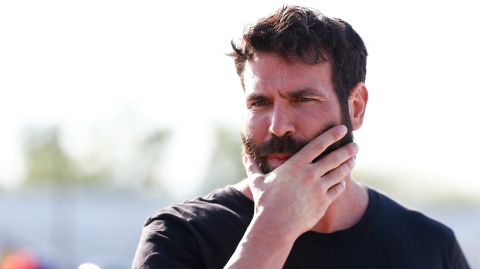 Dan Bilzerian has taken to instagram to ask his dedicated followers what tot tile his Autobiography, however, the bachelor was instead met with comments upon comments of pure roast material.

Dan Bilzerian is an American actor, trained Navy Seal and professional gambler but he is best known for his social media presence, showing off his inherited riches and half-naked girls on Instagram.

Recently, the Don Juan decided that the whole world needs to hear his story and he has completed a whole biography dedicated to everything Dan Bilzerian.

However, after using up all his creative juices the man could just not come up with a title of his own and decided to turn to his trusty Instagram page for help and even offering a $5,000 reward.

While Bilzerian did get some wild suggestions from his fans such as: 'Dan Bilzerian: All or Nothing' and 'From Seal to the Big Deal', the high roller also received some hilarious comments from users who would rather rip into the gun-toting gambler.

Some of the roast's biggest highlights included:

Love Your Kids So They Don't End Up Like Me: The Tale of Dan Bilzerian.

Dan Bilzerian: I couldn’t have done it without daddy’s money

However, we believe that this title is truly the most deserving of the $5,000:

How To Turn A Trust Fund Into The World's Longest Mid Life Crisis.

Despite the name dragging, we doubt Bilzerian will shed a single tear. After all, who can be sad with a constant supply of models and cash!