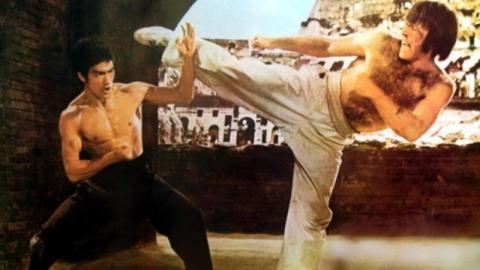 In 1973 when he was just 32 years old, Bruce Lee died under mysterious circumstances. But his friend, Chuck Norris, thinks he knows what happened to this legend.

When Bruce Lee suddenly died at 32 years old, the news shook the whole world. Even today, his fans are still reeling from the loss and the mystery surrounding the death of the man who brought martial arts to the rest of the world through Hollywood is still ongoing.

However, Chuck Norris’s theory is widely believed and accepted among the martial arts community, but even after 46 years, the circumstances surrounding the death of the Little Dragon are still a mystery to all his fans.

Some people even believe the conspiracy that it had something to do with the Chinese mafia, which shows just how much fantasy and delusion the subject has sparked…

Chuck Norris, who, despite receiving death threats while filming Fury of the Dragon, was a close friend of Bruce Lee and thinks he knows the reason behind his mysterious passing.

According to his theory, the various drugs and medication he was taking for back pain and migraines could have caused his brain to swell up which could have led to a brain haemorrhage.

But we’ll never know the truth and the least we can say is that his death deprived us of the greatest legend in the history of martial arts.

#throwback
Contact
To ensure that we can best respond to your question, please choose your desired department
No connection
Check your settings