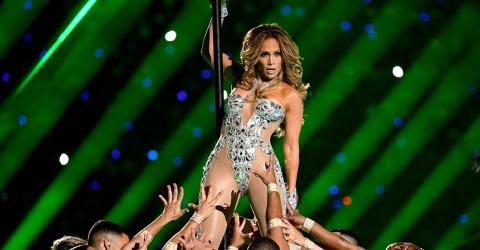 Singer JLo has become increasingly popular over the years. But in these photos from her past that her critics came across, she looks very different from how she does today. ‘No lie.’

The singer and actress Jennifer Lopez has always been a huge name and there is nothing anyone can do to avoid it. She is starring in the soon to be released film ‘Marry Me’ with Maluma, and the queen's songs constantly make billboards top 10.

We have been in love with this singer from Puerto Rico for more than two decades now. This year, she was also one of the celebrities along with Shakira who performed for spectators during the Super Bowl halftime show, which is the most-watched, televised event in the world.

But when you have been so successful for more than two decades, you end up with lots of haters as well as fans and it seems her haters are constantly trying to bring down the ‘Diva of the Bronx’. They recently published some photos of a young Jennifer Lopez that show her looking completely different from how she looks today.

The images that have been floating around the internet show the singer with quite a different body than the one we’re used to seeing. And lots of people are using it to try and shed some light on the mystery surrounding her current figure. And everything points to the fact that the body she has today isn’t the product of hard work and genetics as we have been led to believe. It seems that the singer has had the odd touch up done to certain parts of her body to make them look more aesthetic.

Without a doubt, one of these parts of the singer’s body that this is particularly noticeable in is her behind. A while ago, people were wondering whether the singer had had some work done to her backside, but this rumour was shot down by the singer herself not long afterwards.

But this rumour isn’t what everyone is talking about now, but rather the difference between this part of her body a few years ago and today. In the photos, you can marvel at a much younger JLo looking a lot less curvy. These photos quickly filled social media sites, getting such comments as ‘She’s had work done’, ‘That change isn’t natural’ or ‘She can’t fool us, she’s definitely had implants’.

Despite all the rumours, the actress’ followers on social media are still growing. If you haven’t already seen the photos of young Jennifer Lopez, check out the video above.