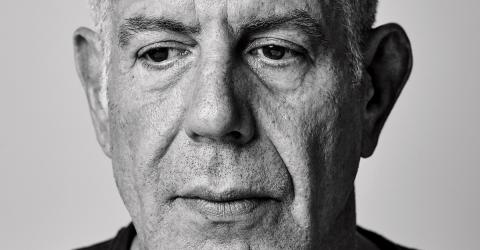 Celebrity chef Anthony Bourdain has been found dead of suicide on Friday morning, at the age of 61.

Bourdain was in Strasbourg, France shooting an episode of the CNN show Parts Unknown with his friend Éric Ripert, who discovered his body in his hotel room on Friday morning.

After working in some of New York's top restaurants, Anthony Bourdain rose to fame in 2000 with the publication of Kitchen Confidential: Adventures in the Culinary Underbelly - an expose on the world of haute cuisine. He then went on to host several culinary TV shows, including A Cook's Tour and No Reservations, becoming a household name.

Bourdain was married twice, first to high-school sweetheart Nancy Putkoski for 20 years, then to mixed martial artist Ottavia Busia, with whom he shared an 11-year-old daughter, Ariane. For the past year, Bourdain had been dating Italian actress Asia Argento, one of Harvey Weinstein's accusers. Bourdain was a vocal supporter of the #MeToo movement.

On Twitter, tributes have been pouring in from celebrities such as Chrissy Teigen, who described him as 'one of the best storytellers on the planet... always standing up for everything right.'

If you are in the UK and are suffering from emotional distress, you can call the Samaritans free on 116123. Samaritans is available 24 hours a day for anyone struggling to cope and provide a safe place to talk where calls are completely confidential.