Dracunculiasis is a terrifying parasitic disease caused by a worm. The worm penetrates the body and when inside, grows and reproduces. The larvae then emerge from the body by puncturing the skin in order to get out. 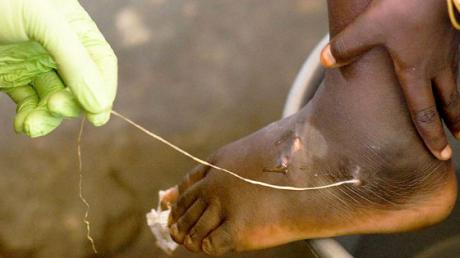 More than 3.5 million, that’s the number of people who were contaminated with dracunculiasis each year in the world during the 1980s. Nowadays, fortunately, this large number has largely decreased to around 200 cases a year, with most cases being recorded in Africa. However, this parasitic disease is still terrifying and worrying.

Dracunculiasis, also known as Guinea-worm disease, is a disease caused by a worm belonging to the nematode family, Dracunculus medinensis. To complete their life cycle, this organism needs to infect hosts by getting inside them and then growing and reproducing in this environment and unfortunately, humans are one of these hosts. However, we are not their prime hosts. In fact, their main hosts are a type of crustacean known as cyclops.

The parasite grows in the stagnant water that lies inside these crustaceans. However, it is possible for humans to ingest this water once it has been contaminated by the parasitic cyclops. Once inside the stomach, the acid in our stomachs destroys the crustaceans, but the parasite larvae remain and are freed to migrate and move within the body.

Over the following months, the larvae grow and develop until they reach adulthood. Females can measure between 60 and 100cm long, looking almost like spaghetti. Males, on the other hand, are a lot smaller and only measure an inferior 3cm long. Inside the body, the two sexes mate and produce lots of mini larvae.

10 to 14 months after the host has been infected, the larvae then migrate to other limbs, most commonly the feet or the lower legs, in order to puncture the skin to get out. This creates localised oedema and very painful ulcers and blisters, often accompanied by a fever, nausea and vomiting. To ease these symptoms, patients tend to plunge the infested area into the water as this then allows the worm to release thousands of its larvae into the water.

No vaccine, no real treatment

Although this disease is rarely fatal, it can cause serious complications for some people and even leave some handicapped for months. There is currently no vaccine or genuine medical treatment for dracunculiasis. The best thing you can do is extract the parasite from the patient using a stick to wind it around.

This technique should be carried out slowly and carefully so as not to tear or break the parasite. As there is no preventative treatment, the battle against dracunculiasis mainly involves prevention strategies such as water filtration and preventing the spreading of the disease once a carrier has been identified. 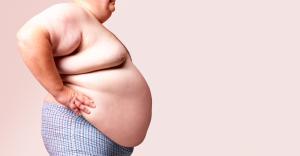 Lifestyle, health
Body Mass Index: The Healthiest Body Weight Is Actually Different From What You Think

Lifestyle, health
Sleeping Too Much Could Be Putting Your Health in Danger
More

Lifestyle, health
Body Mass Index: The Healthiest Body Weight Is Actually Different From What You Think