Find out all there is to know about Apple’s upcoming flagship 2018 phone: release date, price, technical specs, rumours, and first images!

After the release of the iPhone X, it seems like Apple has abandoned naming their flagship phones in a logical manner. Rumours are already circulating as to whether or not we’ll see a regression to iPhone 9, or will we jump directly to iPhone 11? Could it be possible that they go another route entirely with the next model’s name? Time will tell before we get official word!

As of now, there is no official release date stated for the next iteration. Historically, we can assume that Apple is gearing up for a September 2018 release.

It is far too early to tell exactly what the price will be for the next generation of iPhone. If we were to continue on the current trend of pricing, we can easily expect this one to cost over £1000.

- Two models of the upcoming smartphone by Apple should see the light of day: both a 5.28 inch OLED version and a larger 6.46 OLED version. Typically created by Samsung, there are murmurs of LG possibly entering the competition. Rumours have been circulating of a third possible release that would feature a 6.1 inch version featuring 18:9 aspect ratio.

- Apple originally wanted to integrate their TouchID underneath the screen of the iPhone 8 but timing was too limited to hit the release deadline with a fully fleshed out and perfected design produced in mass. Could we see this feature make its way into the upcoming iPhone model?

- Taiwanese company TSMC should continue to supply the chips for Apple’s smartphones; a partnership that has existed since 2013. The next generation of iPhone should see the inclusion of an A12 processor.

- The battery will be supplied by LG. In the shape of an “L”, the battery leaves ample space for the inner components while granting longer life (a consistently weak point for iPhones).

- Edge to edge display - no black bars at the top nor the bottom of the device.

- Upcoming models will reportedly sport an even smaller notch on the front of the device that we currently see on the iPhone X, if not do away with it entirely.

With reports coming in that the home button will be entirely discarded in comming iterations of the phone, we may see facial recognition come into full force in the coming models.

The end of the iPhone X? 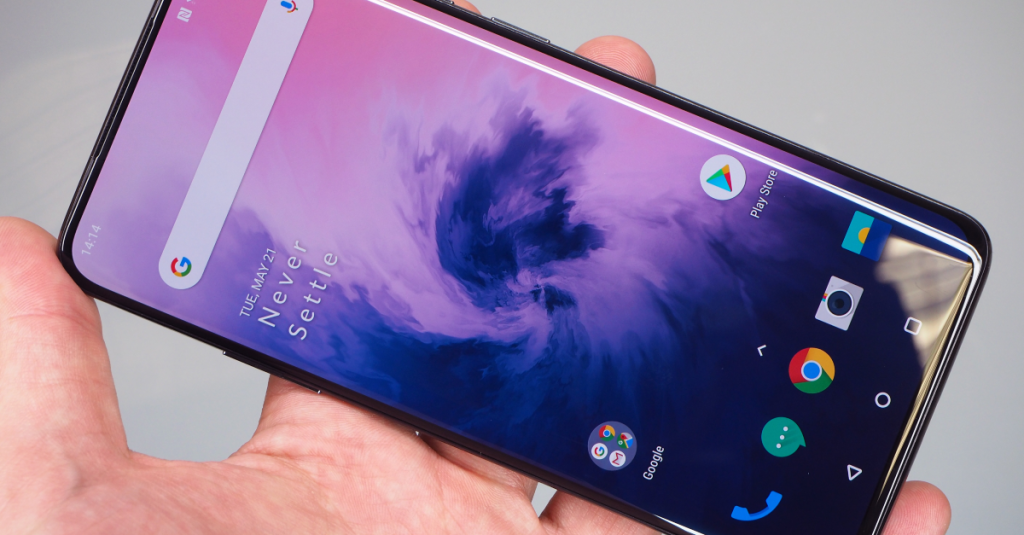 Great Deal On Amazon: The OnePlus 7 Pro Is On Sale For Less Than £600