The UK could become the first European country to ban the importation of shark fins. Some image in the article may be unsettling to some viewers.

The marine conservation group Shark Guardian started a petition which reached over 115,000 signatures to ban the importation and exportation of shark fins in the UK. It’s not the first time there has been efforts to ban this horrendous practice, either. The British Government had previously stated that they couldn’t ban the shark fin trade while tied to Brussels. Importing shark fins is legal in the EU.

The current EU legal framework, which requires — since 2013 and for all EU vessels — that fins remain attached to the carcass of the shark until unloading at port. However, fins can then be separated and traded across the world. While a steep improvement from the EU’s former regulation, this requirement thus still allows fins to be traded across Europe and EU fishers to feed Asia’s strong demand for shark fin soup. (Sea Shepherd Global)

With Brexit almost in effect, the UK will soon be able to make their own decisions, though. Shark Guardian will present their petition to Parliament in the coming months.

Shark fin soup is a delicacy in Chinese cuisine. It is viewed as a luxury dish. The soup can sell for up to £190 in restaurants across the UK.

What is shark finning?

Shark finning is the practice of removing fins from live sharks and discarding the rest of the animal into the ocean. Without their fins, the sharks are left to die a slow and excruciating death. Shark fins are among the most expensive seafood products, selling for more than £300 per kg.

Why is it a problem?

The shark fin trade is estimated to kill 75 million sharks a year, according to Shark Guardian. Over the past 50 years, great white sharks, hammerhead sharks and tiger sharks have seen their population drop by as much as 90%, in parts due to the fin trade. To put this in perspective, remember that sharks have been around for over 450 million years.

Finally, we leave you with this distressing fact about the fin trade: in the UK, each person can bring 20kg of shark fin into the country but only 2kg of infant food or milk. 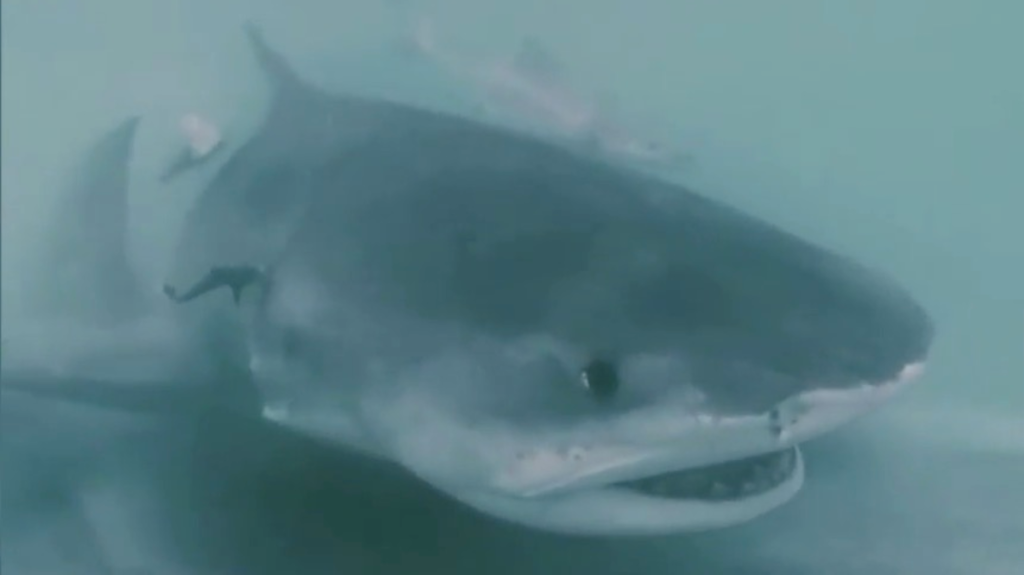 Check Out This Spectacular Video of One Shark Devouring Another Shark