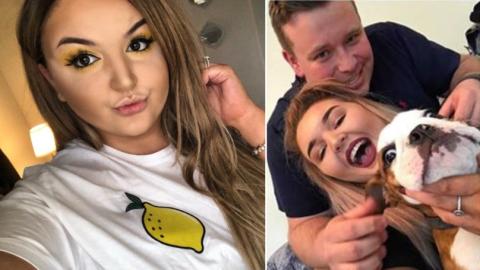 This dog became quite the hit online after his owner shared some footage of him with his new favourite 'chew toy'.

For a dog, just about anything can be a chew toy. Anything kicking around will somehow find its way into a dogs mouth, chewed to pieces and covered in drool. However, sometimes our precious valuables end up in our pup's mouth.

For Abigail Hughes, she learned this the hard way after her dog Teddy ended up making his way through her belongings - specifically, her box of toys she keeps for special time with her fiancé.

Check out the video above for more on this hilarious story!