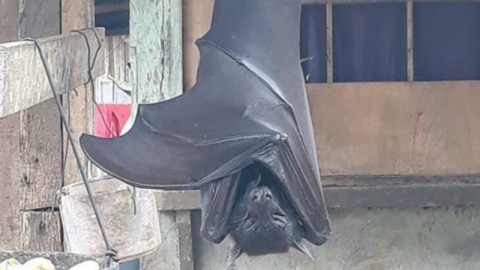 Recently, photos of a species of bat that can grow to the size of a human have been going viral on social media. You'll understand why when you see it.

The image was originally published a year ago on Reddit but it didn’t become popular or go viral until this year when Twitter user @alexjoestar622 shared the terrifying photo of a human-sized bat.

This species is said to originate from the Philippines and is known as Acerodon jubatus or Giant golden-crowned flying fox and is considered the largest species of bat in the world, capable of reaching up to 1.7 meters in height with a wingspan of up to 5.5ft, that's easily the size of a person.

However, there's no doubt here that perspective has helped hugely to make this bat appear as big as a whole human. But, no matter how big the beast, there's no reason to be scared of this suspiciously dracula-like species as its diet mostly consists of fruits and vegetables. Figs, in particular, are a favourite for the Giant golden-crowned flying fox.

Sadly, the Giant golden-crowned flying fox is currently endangered as a result of poaching and deforestation destroying the bat's homes. This means that they inevitably find themselves seeking shelter in the cities...and sometimes on people's property.

Don’t forget to check out the incredible images that have gone viral all over the world in the video above. 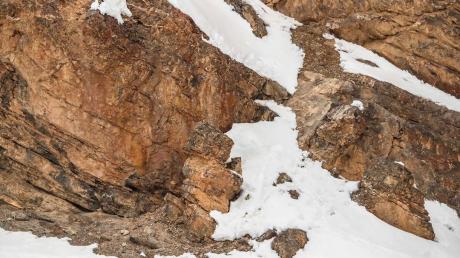 If you can see the animal in this photo, you must have amazing eyesight! 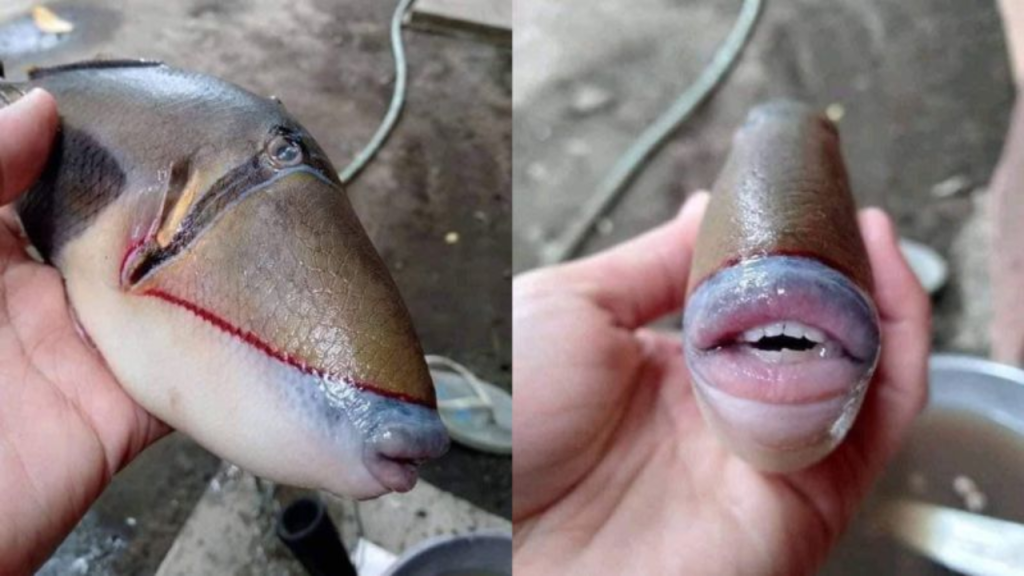