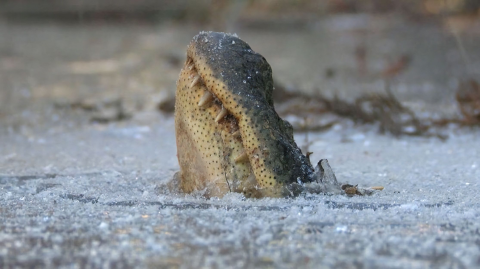 Employees at a North Carolina wildlife park witnessed the alligators employing an ingenious strategy to survive the freezing conditions.

The cold spell that recently hit the United States gave rise to some impressive sights and even some unexpected phenomena. First, it was sharks that were discovered frozen in Massachusetts. Then, a very specific animal behaviour was brought to light by the extreme cold. This behaviour common to alligators, and more generally reptiles, is known as hibernation (sometimes called dormancy).

Teams from a park called Shallotte River Swamp Park in North Carolina made the observation. Usually, the alligators in this structure spend their time sunbathing, but in a recently captured video, they can be seen displaying very lethargic behaviour. The reptiles disappeared under the frozen water, leaving only their snouts sticking out of the ice.

Although witnessing this behaviour could lead one to worry about the reptiles’ well-being, it reveals something fascinating. Since alligators are unable to regulate their body temperature, they draw heat from their external environment. In this case, the water was a more hospitable refuge than the outside air.

The alligators then took care to leave their snouts above the water in order to breathe, before beginning to hibernate: when the outside temperature drops sharply, their body reacts by slowing down their functions considerably. Energy consumption decreases, the heart rate can drop as much as 5% of the usual rate, and the senses, although still alert, are also slowed down.

In fact, their bodies no longer have enough heat to continue their functions, such as circulating blood normally or even digesting food. This is a survival tactic and is very similar to hibernation in mammals. It allows them to survive unfavourable conditions, such as out of the ordinary cold spells, provided they do not last too long.

Reptiles remain vulnerable throughout the entire period, and those those that hibernate having been injured or sick will not be able to heal optimally and will be more fragile if awakened by predators. The duration of the phenomenon varies greatly depending on the species and ecosystems to which they have adapted. Some of them, living in equatorial regions, seem never to hibernate, but may occasionally reduce their metabolic activity.

The alligators in the Shallotte River Swamp Park regained their full mobility two days later after the ice melted. This was fortunate because according to Georges Howard, the park's director-general, the reptiles would certainly not have lasted more than a week in water whose temperature was measured at 4°C. 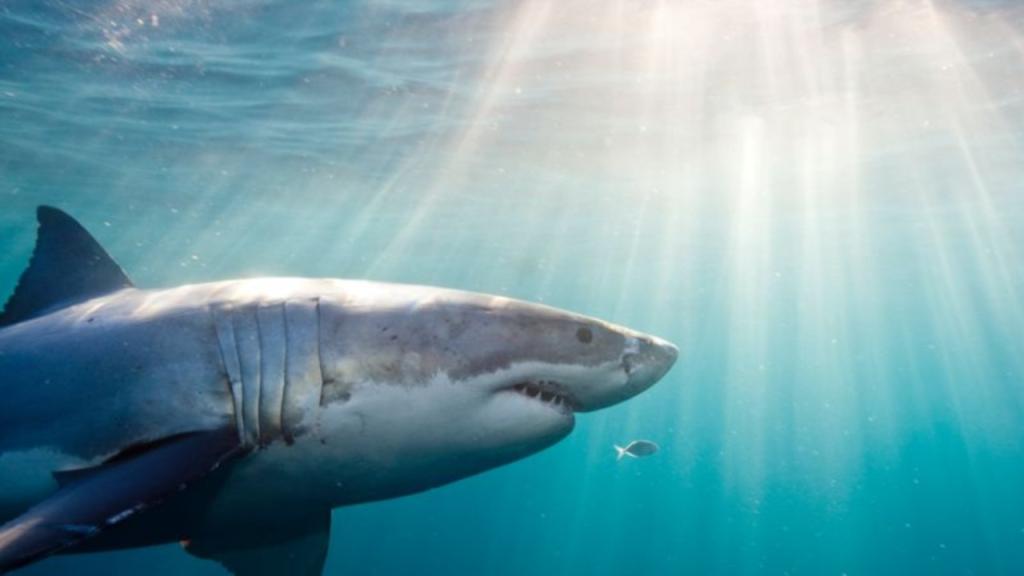