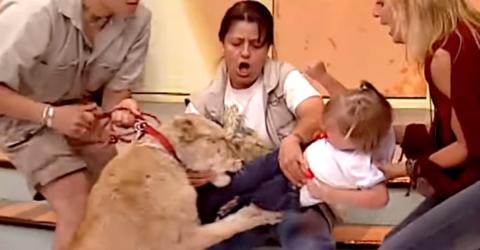 The toddler's distraught mother attempts to pull her little girl away from the lion's grasp - whilst, incredibly, she is told to 'calm down'!

They always say never work with children or animals. Well, this Mexican TV show clearly didn't listen to that bit of wisdom when they decided to sit a lion and a toddler inches away from each other in front of their cameras.

In this clip from the show, Con Sello de Mujer, everything seems to be going smoothly until the toddler starts to whine - a sound that seems to have a great effect on the lion cub, who launches at the tot, gripping the frightened toddler's leg between its menacing jaws.

The lion's handler leaps into action and eventually manages to separate the lion from the terrified child. After he takes the lion cub offscreen the lion's other handler gives the little girl and her mother a hug and - inexplicably - starts laughing about the whole thing, as does the little girl's mother.

All's well that ends well, we suppose, but we don't imagine that little girl will be keen on visiting the zoo anytime soon... 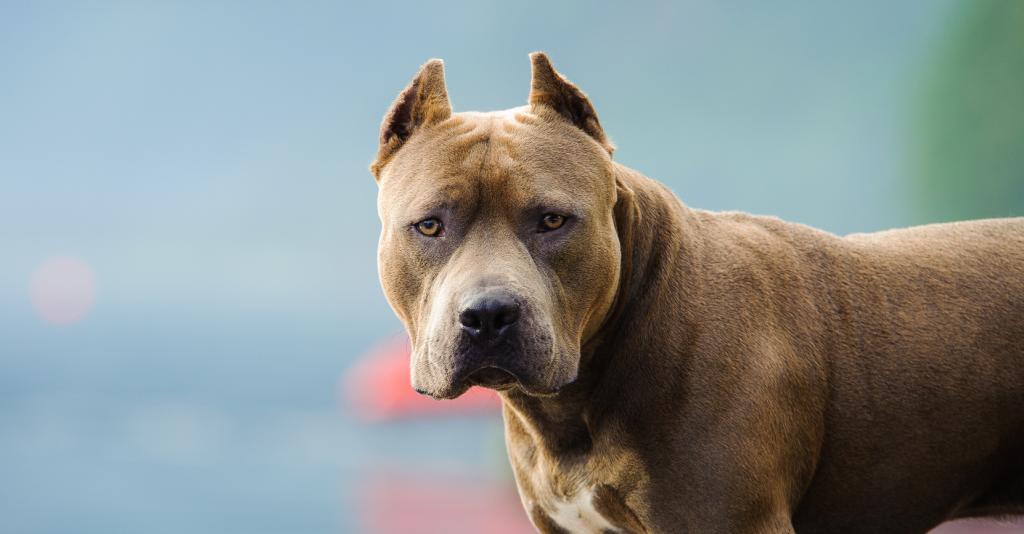 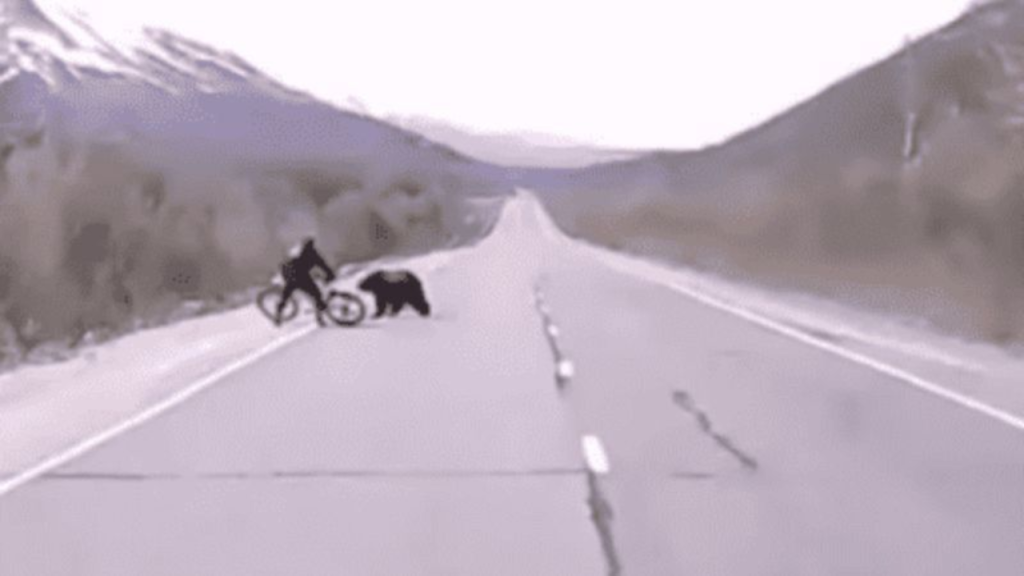