Off the coast of Hawaii, a scientist managed to capture extraordinary images of a Humpback calf shortly after being born. 25 years after coming across such a phenomenon, the marine expert finds himself in awe once again... 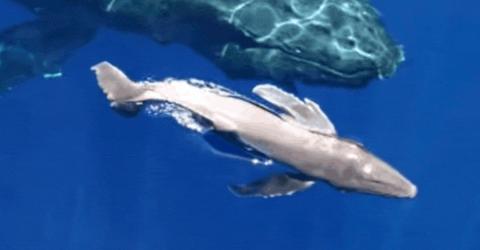 In a matter of mere minutes, the immediate aftermath following the delivery of a new-born humpback calf was followed live. It was only a little over 15 minutes after the birth, that the calf was seen off the coast of Hawaii. Captured by Lars Bejder, director of the Marine Mammal Research Program at the University of Hawaii, it proved to be a truly mesmerising encounter.

Amidst the waters of the Pacific ocean in search of cetaceans, it was a simple matter of routine for the marine scientist. However, it didn't take long for the search to take a turn for something extraordinary when a crew from a nearby tourist boat warned him of strange twirls of blood off the shores of Maui, the second largest island in the Hawaiian archipelago.

A drone was dispatched to the scene

Lars Bejder immediately sent a drone to the location where the exceptional video was captured shortly after the discovery: “They had just seen all this whitewater and commotion in the water and weren’t quite sure what it was and suddenly there was all this blood in the water, which made us go over there and that’s what we discovered—a newborn calf,” the scientist said in a statement. "There was still blood in the water and the calf [was still] very clumsy, but [we were] almost as close as we could be to a living birth," he recalls.

Despite the it not being completely expunged from its mother’s birth canal and its soft and delicate fins, the newly-born calf still managed to keep afloat. This allowed the marine biologist to discover a little-known secret: the sex of the humpback calf.

Following its birth before the very eyes of awestruck scientists, the calf then reached the first stage period of breastfeeding, which lasts between five to seven months. After no less than 11 months in the womb, the calf began a life that will go on as far as 40 to 45 years on average.

"I think that everyone can be sensitive to this kind of sequence, it brings us closer to these animals and gives us a majestic overview of these creatures," says Bejder. "I think it's really spectacular," concludes the scientist. An incredibly rare moment to encounter, a breathtaking view indeed! 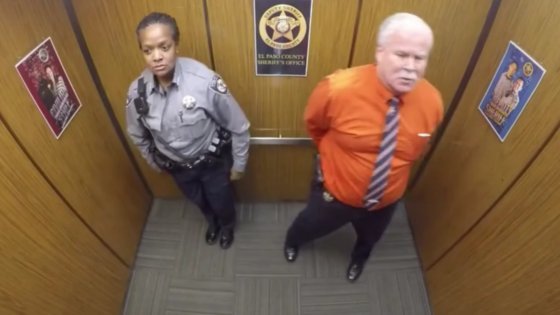 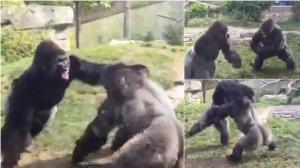 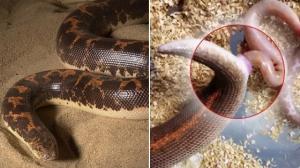 Discover, snake
This Video Of A Boa Constrictor Giving Birth Is Incredible 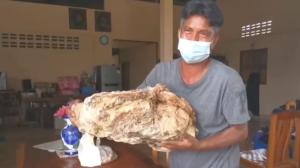 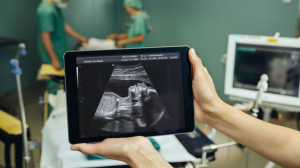 Lifestyle, viral
Mother Who Was Clinically Dead Gave Birth to Her Baby but Then Doctors Witnessed a Miracle 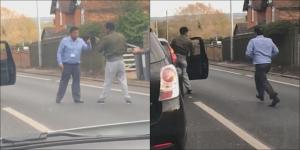 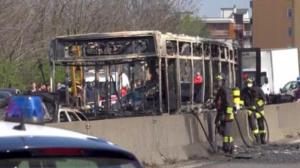 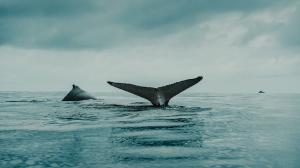 Discover, animal
What they found in this dead whale's stomach left them speechless
Read more

Discover, animal
These Divers Captured The First Ever Underwater Ultrasound Of A Whale Shark
More 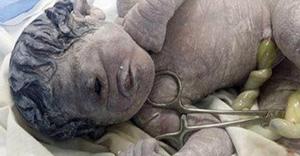 Lifestyle, viral
Doctors were left stunned after the birth of a rare three-headed baby 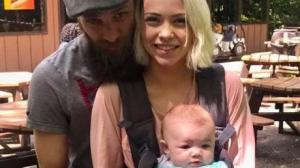 Discover, snake
This Video Of A Boa Constrictor Giving Birth Is Incredible

Lifestyle, viral
Mother Who Was Clinically Dead Gave Birth to Her Baby but Then Doctors Witnessed a Miracle