Australian scientists recently discovered that a monstrous predator munched on the ever-so massive nine-foot great white shark—they found out this information via a tagging project for a documentary.

But during this time, something super mysterious happened! Four months after they attached the device to the great white shark, they discovered it washed up onshore.

So scientists investigated why the device had washed up onshore. And they found some fascinating—for lack of a better word—information. The found out that the device plunged 580 meters at a super quick pace.

They also noticed that the temperature increased from 8°C to 25.5°C. That’s quite the increase! And scientists believe that there’s an explanation behind the sudden spike in temperature.

Scientists believe that the heightened temperature must mean one thing: the nine-foot great white shark was eaten by an even bigger predator. Crazy, right?

Filmmaker of the documentary, Hunt for the Super Predator, Dave Riggs commented on the strange scenario: “The question that not only came to my mind but everyone’s mind who was involved was, ‘what did that?’ It was obviously eaten.”

Which predator is monstrous enough to kill a nine-foot great white shark? Scientists aim to figure it out. Find out their estimates in our video above! 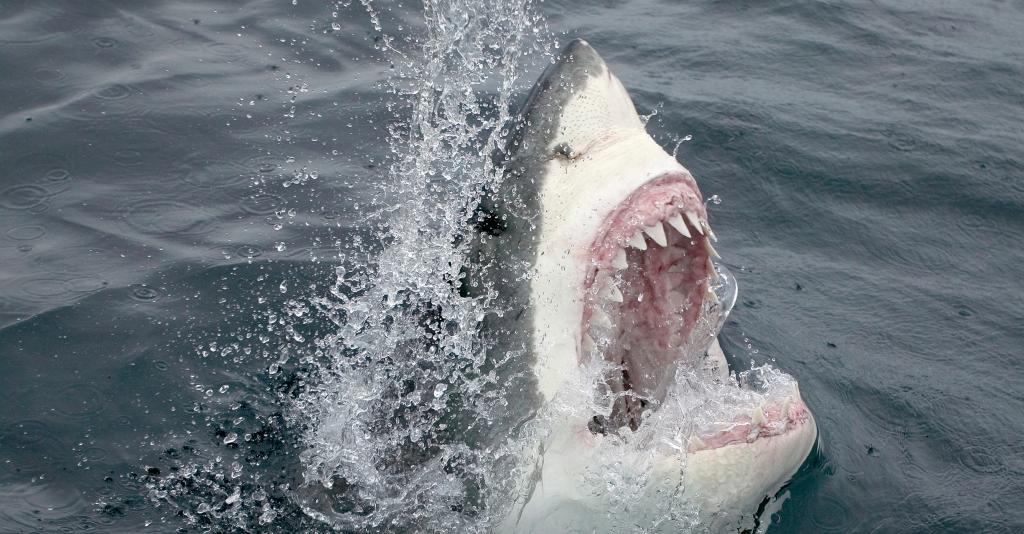