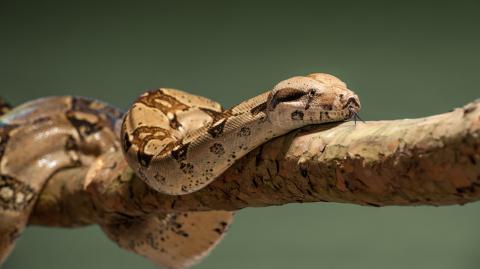 In the last few days, several residents of the city of Toulouse in France have reported finding moulted boa constrictor skins in their gardens!

Mickaël Nicolas, coordinator of the Wildlife Mediation centre within the Nature in Occitania association in France, explained to Sciences et Avenir that

A woman called us about two weeks ago to tell us that she had found an 8 foot long moulted snakeskin in her garden, so we sent a volunteer to analyse it. It was from a boa constrictor.

This news clearly raises many questions, since boa constrictors (a species of snake up to 13 feet long) live in the wild only on the American continent. But the story does not end there, since this first surprising discovery, two other moults have been discovered in neighbouring gardens. Mickaël Nicolas explained that this implies that two large reptiles are roaming freely in the streets of the city:

We were able to analyse two of the three moults and they are from two different individuals of the same species.

This explanation nevertheless seems very unlikely; the security services of the southern French city believe that it is rather a bad joke perpetrated by a resident. Since boa constrictors moult several times a year, there is still little chance that two different individuals both got rid of their ‘old’ skin at the same time.

The theory that it is a hoax is, therefore, the most likely at the moment. The owner of two boa constrictors could just be having fun dropping the moults of his two pets around the city of Toulouse to scare the inhabitants.

When exotic animals escape from captivity, they are usually harmless creatures like iguanas or parrots. In the case of snakes, the Wildlife Mediation centre is not authorised to intervene.

They must therefore call on officers of the National Office of Hunting and Wildlife. Still, if boa constrictors are quietly slithering through the streets of Toulouse, keep in mind that they do not really pose a threat to humans.

Despite their impressive size, this snake (which chokes its prey) does not attack man, which explains why it is very popular with some exotic animal breeders. 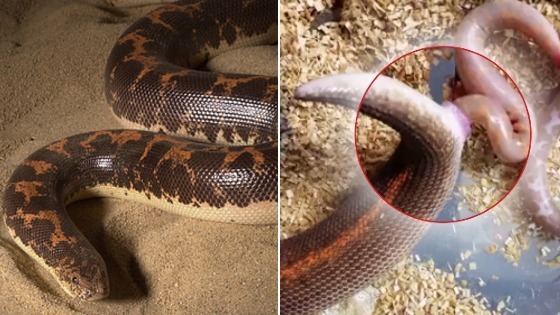