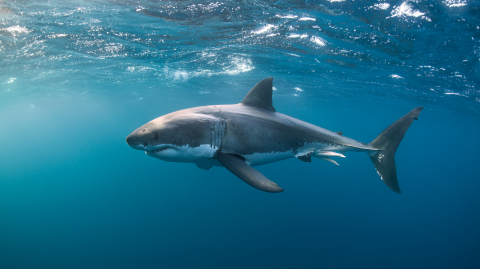 One bloody shark attack off the coast of California left a 13-year-old boy severely hurt and subsequently transported to the hospital by helicopter.

In Encinitas, California, a boy was hurt while diving for lobsters resulting from a life-threatening shark attack. The boy was about to do the dive for the first time in his life, just as the season had begun. Suddenly, cries were heard from the water: 'Help, I’ve been bitten!'

A witness, Chad Hammel, who was hunting lobsters himself in a kayak, was the first to hear the boy screaming. He told local news channel KUSI News.

First, I thought someone had made a big catch and was celebrating.

But a minute later, he understood the situation: 'When I got closer to the boy, I saw blood in the water. A lot of it.' He was quite shocked, to say the least. He then rushed to the boy's aid.

According to witnesses, the shark bit the boy's shoulder and the wound was treated at the beach. Paramedics applied a pressure bandage to the 13-year-old’s shoulder and he was then flown to the clinic.

After one operation, doctors said in a statement from the Rady Children’s Hospital that the boy is no longer in critical condition. 'The parents may inform their family and friends and the entire community that the boy will recover fully.'

According to witnesses, the boy may have been attacked by a ten-foot long great white shark. A seal was swimming near to the boy - the shark probably mistook the boy for his prey. After the attack, some 4 miles of the beach were closed.

Last year, there were a reported 140 interactions between humans and sharks, with 64 unprovoked and 41 provoked bites, figures which are unusually low.