An American Staffordshire Terrier attacked a man on his owner’s orders, injuring his arms and legs in the process. He only wanted to help the animal because he had seen his owner hitting and abusing his pet. But what happened to the dog who attacked his protector on command?

Unfortunately, dog owners still mistreat their pets – much like this Streamer. But there are rarely people who are brave enough to not turn a blind eye and intervene like one man recently did in Austria.

As often happens when a dog attacks a human, it’s because it has been trained and ordered to do so. Whether a dog is actually dangerous is due less to the animal’s character than the way it has been trained. And this is a perfect example.

A 45-year-old man in the city of Villach in Austria watched as a 24-year-old dog owner, his neighbour, beat and abused his dog. But the man couldn’t bear to just stand idly by and watch, so he shouted at the man to stop what he was doing.

Then, the neighbour showed up at the 45-year-old’s apartment armed with knives and his dog. According to the news source 5min.at, the owner ordered his dog to attack the man.

Where is the dog now?

The dog repeatedly bit the man’s arms and legs and after the attack, the man was taken into emergency care and the dog owner was sent to Klagenfurt prison. But what happened to the dog?

The dog was initially taken into custody and is currently being cared for by a temporary owner while the trial against the dog’s original owner is being handled. Only after this trial will the long-term fate of the dog be sealed. 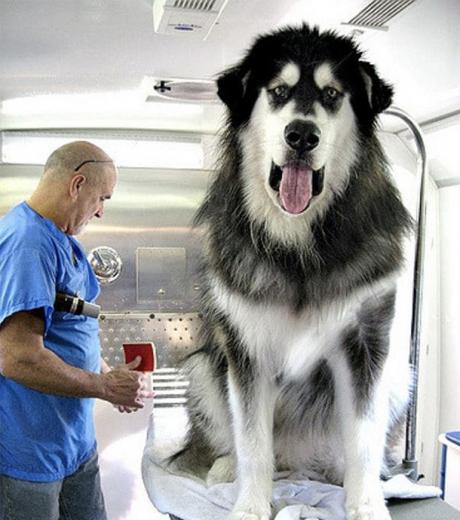