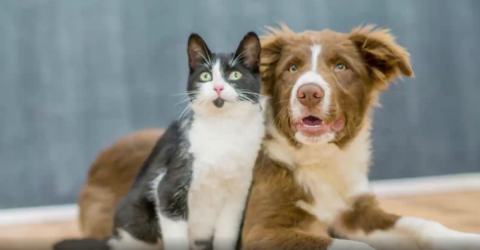 With looming threats of environmental decline and Greta Thunberg’s campaigning to ‘wake us up’, researchers have been taking a deeper into exactly what factors could be contributing to the rapid decline of our environment.

Unfortunately, it seems our furry friends may have more of an impact than we thought. A lot of waste is produced by pets in general, but also the energy, land and water that is used to produce products for our pets, especially their meat-based food takes a huge toll on the environment.

According to a study by Gregory Okin, a professor at UCLA about the environmental impact of pets, the yearly C02 emissions that come from the production of pet food are roughly the same as the emissions of 13.6 million cars. About 64 million tons of C02 per year.

One estimate suggests that owning a medium-sized dog could have the same impact on the environment as a large SUV.

In addition to the production emissions, cats and dogs also produce their own waste, in America, about 5.2 million tons of it yearly to be precise. Which would be roughly the same amount for 90 million people which also produced a huge amount of C02 when it comes to processing.

Gregory believes that people don’t fully understand how their choice to have a pet (especially when it comes to bigger dogs and cats) can impact the environment.

One of the best choices you can make to shrink your animal’s carbon footprint is to change their diet. Contrary to popular belief dog’s and cat’s do not need a mostly meat-based diet and there are alternatives to enable them to get all the nutrients and protein their need.