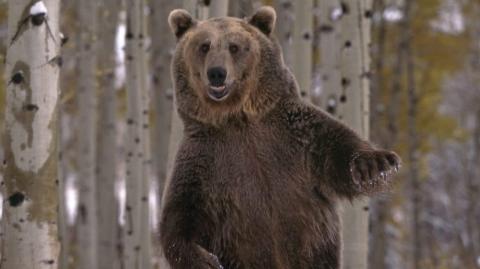 Apparently it's just not humans that enjoy having a drink from time to time! In Connecticut, a bear ended up walking into a liquor store and was caught on camera. Imagine the scene!

Sometimes you bump into someone, or more accurately something, that you didn't expect to see when going shopping. You know, an old friend, a former teacher, a bear. Yes, you read that right: a bear.

On the images captured by CCTV, the animal can be seen walking in front of the entrance and wandering towards the shop, before calmly passing through the first door.

Fortunately, a very alert staff member noticed the bear and quickly locked the second door, preventing it from going inside the shop. The scene could have ended there, but a customer pushed the first door without seeing the bear! The employee had just enough time to allow the customer to come in before the animal reacted.

The bear ended up leaving without doing anyone any harm. However, he left without his bottle of booze... Poor guy.