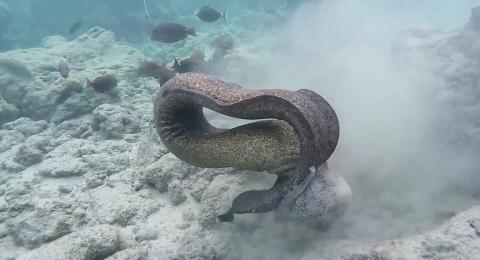 Heed the warning, never get too close to a moray eel. While one Hawaiian octopus and a snorkeler both learn't this lesson the hard way. Luckily, the whole interaction was caught on camera.

Right next to himan octopus challenged an intimidating moray eel and the two had quite the showdown.

The video shows the two creatures locked in battle with the octopus trying to escape the eel while he clings furiously trying to make a meal of the eight-legged being. The moray manages to bite off a piece of
tentacle, allowing the octopus to break free, surrounding the eel in a shroud of black ink as he goes.

Luckily, while an octopus can't voluntarily lose a limb like a lizard, it can regrow them. Marine Biologist George Burgess stated: "It left a cloud of black ink as its calling card. The octopus was in a life-and-death struggle, and it sacrificed an arm or two for its life."

As it turns out, octopus is a delicacy for moray eelswhich explains why it was holding onto the mollusc for dear life.

But then, the video takesa hilarious twist.

The angry eel decided that it wasn't finished causing a ruckus and decided to go after the filming snorkeler instead. Burgess claims that like a dog, the eel was becoming territorial over its bone and was trying to scare the snorkeler away from the octopus. Another theory is that the eel saw himself in the reflection of the lens and took it as another eel threatening its meal.

Either way, all creatures involved escaped relatively unharmed. But, as Burgess states:

"Just like how you don’t tug on Superman’s cape, you don’t get too close to a moray eel,"

Watch the video above to witness the commotion for yourself! 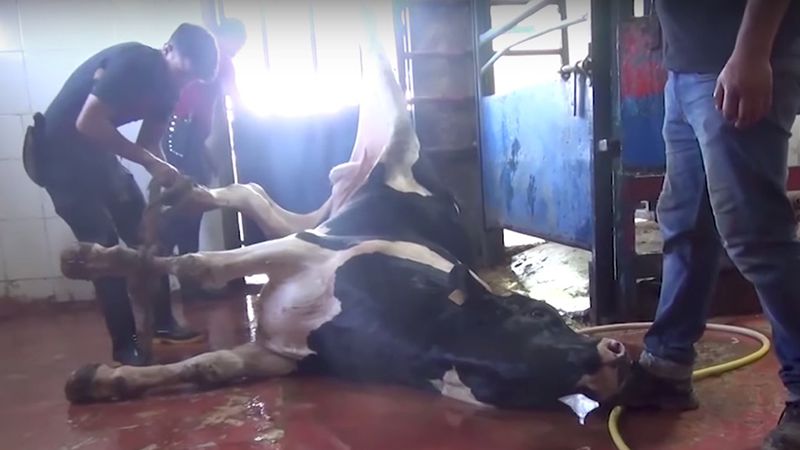