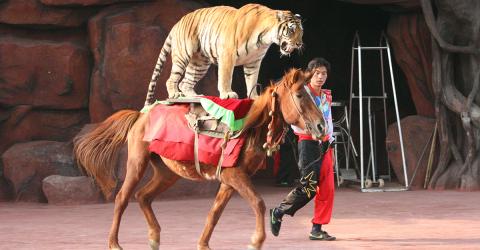 While more and more countries around the world are banning the use of animals in circuses, in China the practice remains common thanks in particular to lax legislation on the welfare and living conditions of animals in Chinese circuses. Cases of abuse are also regularly reported.

Looking behind the scenes of Chinese circuses reveals how decidedly bad they are, where incidents of violence, intimidation and confinement are all commonplace. To attract customers and survive economically many circuses continue to stage endangered species, and among these it is not uncommon to see animals being subjected to abuse. This is due to the relatively lax legislation on animal welfare, coupled with a legal void concerning the regulation of the living conditions of animals in traveling circuses.

In July 2016, the association PETA revealed their investigation denouncing the abhorrent training methods of circuses in the city of Shenzou, in eastern China. In the videos animals can be seen being severely abused but also subjected to particularly violent training methods. Most notable are bear cubs which can be seen chained by the neck for several hours without being able to touch the ground in order to accustom them to standing on their hind legs.

‘Wild animals do not understand and do not want to perform these tricks that are not only meaningless to them, but are unnatural and painful, but they are forced to repeat them over and over again, otherwise they risk being beaten, or worse,’ said Isabelle Goetz, spokesperson for PETA in France.

The following year, a video filmed in Hunan Province in China caused a scandal among internet users. A tiger can be seen tied to a table in a sitting position so that circus visitors could pose with him. One month after this video, footage showing unnaturally big and obese Siberian tigers were posted on the Chinese social network Weibo. The animals were housed in the Harbin Zoo in China and were visibly being fed inappropriately.

Yet, throughout the world public opinion is increasingly denouncing the presence of wild animals in these circuses. 42 countries in the world, including 22 European countries, have already banned wild animals in circuses. In Europe, most notable are Belgium, Austria, Greece and Catalonia in Spain while partial bans exist in Germany, Hungary, Denmark and Sweden.

Recently, the United Kingdom has announced a national ban on circuses with wild animals by 2020. In France, nearly 90 cities, including ten with more than 20,000 inhabitants, have decided to completely ban the presence of wild animals under the circus big top. In China however, progress is slow despite the population’s growing awareness.

Felines to attract the public

With the explosion of the middle class, shows in Chinese zoos and circuses featuring elephants, monkeys and bears are multiplying. There are still many circuses in which animals live in captivity and where intimidation, punishment and confinement are still used as training methods. ‘Many Chinese people live in big cities where it’s hard to get a glimpse of wildlife, so we are teaching them about nature,’ Li Weisheng, director of Zhongxin Circus told the French news agency AFP.

This circus’ menagerie includes in particular a tiger and two lions, the animals having become ‘one of the main ways to stem the decline in affluence recorded by Chinese circuses,’ said the director. Unfortunately, all these animals spend most of their time in metal cages and the owners of the circus are far from being free of reproach. In 2016, they were sentenced to prison for transporting threatened species without a license, before being finally acquitted.

China is not the only country in Asia facing blame. This is also the case in Thailand and Indonesia, where tourist attractions featuring felines are now commonplace. 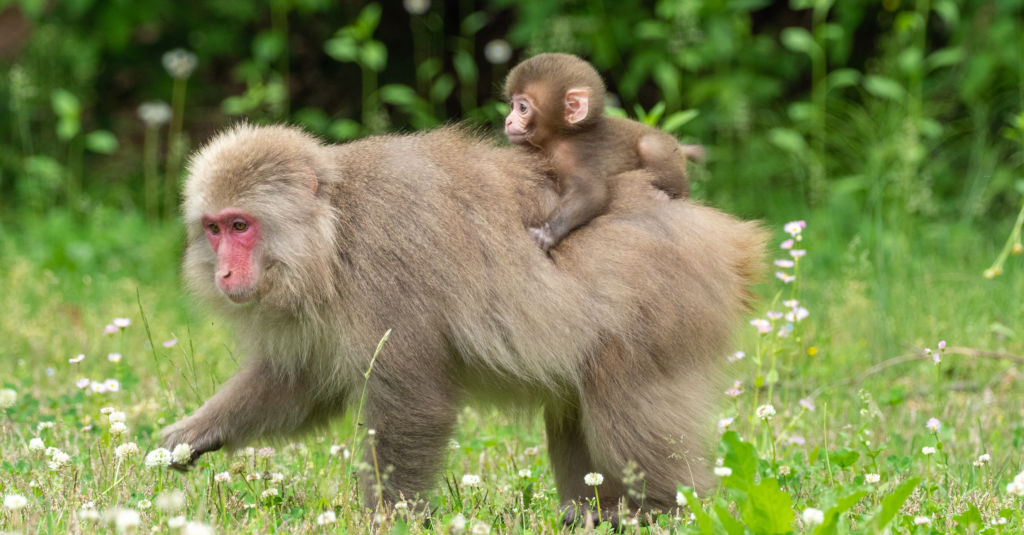