Five rare, extraterrestrial-looking sharks have recently been caught in Taiwan by a fishing research institute after the team discovered the species living near Taitung. When you see the way they look in action, you'll understand why they're so scary.

It was an unusual catch for the fishermen off the shore of Taiwan: on their boat, they captured five creatures with dark elongated bodies and a jaw with razor-sharp teeth. The exact details of the catch remain vague, but the fish were most likely caught off the coast of the Donghe community and most, if not all of them, were dead when they were found.

An alien-like species of shark

Even though they look surprising, this is a well-known species. Trigonognathus kabeyai, or “viper dogfish”, is a small shark with a long black body and thin, razor-sharp teeth. Under their two large eyes, they have a jaw that can jerk forward, similarly to the goblin shark, which is used to catch its prey. These fish engulf their prey in a similar way to how whales eat (known as linge feeders) and they swim with this jaw open.

A once in a lifetime opportunity

Because of how rare they are, scientists haven’t had a lot of opportunities to study them, especially alive, since they were first identified in 1986 after a specimen was caught at 330 meters deep. A study published in the Ichtyological Research Journal in 2003 contained the analysis done on 39 specimens of the shark that catalogued their physical characteristics in detail.

These fish live in deep waters and seem to be relatively small in numbers and not very widely distributed. Their belly is covered with bioluminescent photophores and what they do is largely up for debate. Some believe they are used to attract or deter prey, attract possible mates or even as camouflage by imitating the waves of the moonlight in the water in order to confuse predators that swim below them.

Be that as it may, this is definitely not a creature that we would like to come face to face with!

Check out the video above to see the creepy creature for yourself! 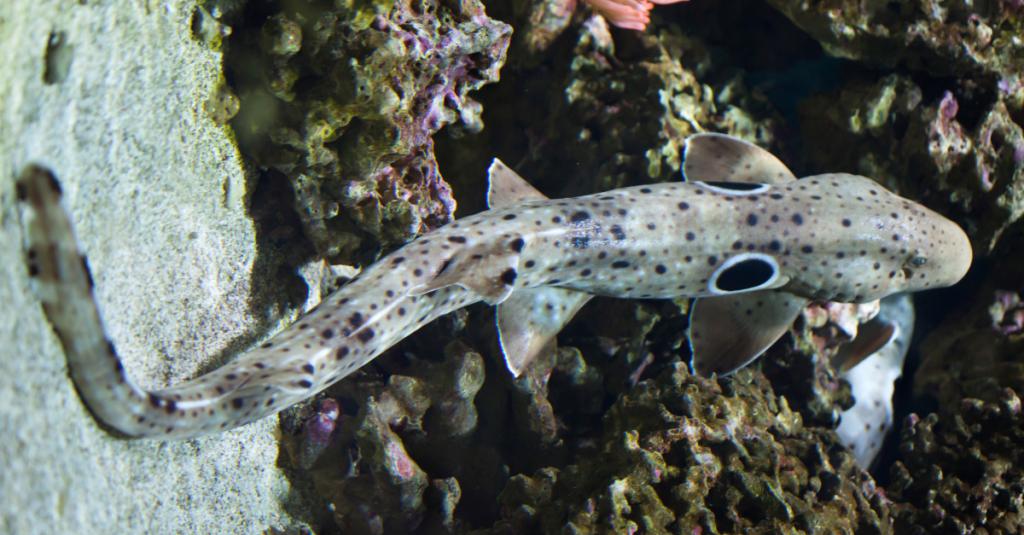 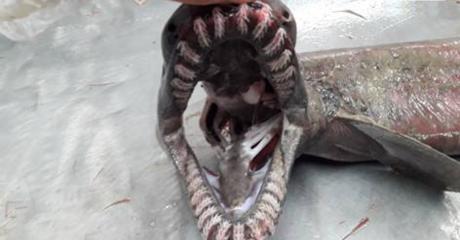