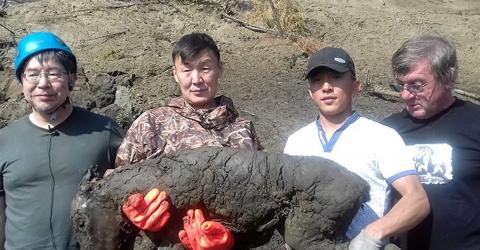 Russian and Japanese scientists have revealed the discovery of a foal's remains 100 feet below the surface of the Siberian permafrost. A frozen young animal, exceptional both for its age, which is 40,000 years-old, as well as for the remarkable quality of its preservation.

The ‘Door to Hell’ is definitely a paradise for paleontologists. As it continues to widen, this depression located east of Siberia in the Sakha Republic, opens an ever larger window on an ancient and unexplored world, buried until then in the bowels of Earth.

After the discovery, in 2009, of an equine carcass dating back some 4,400 years, it is now that of a much older colt that has been added to the countless remains that are gradually resurfacing in these places, struck by the inexorable melting of the permafrost. Its age? Over 40,000 years old.

This exceptional discovery is the work of a team of researchers from the Northeastern Federal University in Russia and the Kindai University of Japan, who found the remains of the young animal about 100 feet below the surface of the ground, within the now famous Siberian Batagaika crater.

A body perfectly preserved by the cold

‘The remarkable discovery was made in the permafrost of the Batagaika depression. The foal has been fully preserved by the permafrost,’ Semyon Grigoryev, director of the Mammoth Museum in Yakutsk in Russia, told the Siberian Times.

‘It was about three months old when it died,’ said the specialist, who emphasises the exceptional value of this find. ‘The added value of this unique discovery is that we obtained samples of soil layers where it had been preserved, which means that we will be able to reconstruct an image of the foal's environment,’ as well as confirm its age.

A complete animal without apparent injury

While waiting to learn more about its environment, the young multi-millennia year-old horse has already delivered many of its physical characteristics. ‘The foal has fully preserved dark brown hairs, its tail and mane and all its internal organs,’ says Semyon Grigoryev, who also states that ‘there is no visible injury to its body.’

Such quality of preservation is simply exceptional, for an animal that is just as important, as Semyon Grigoryev points out. ‘This is the first discovery in the world of a prehistoric horse of a similar age and with a degree of conservation which is so extraordinary.’ If the ‘Door to Hell’ is actually a real Eden of paleontology, other Siberian regions have delivered equally remarkable discoveries.

In 2012, it was a woolly mammoth baby nicknamed Yuka who was 39,000 years old that scientists pulled out from the Siberian ice. Three years later, in 2015, a hunter discovered a woolly rhinoceros baby, also over 30,000 years old. Finally another more recent example; also in the Sakha Republic, scientists discovered the well preserved remains of a young cave lion who was at least 20,000 years old. 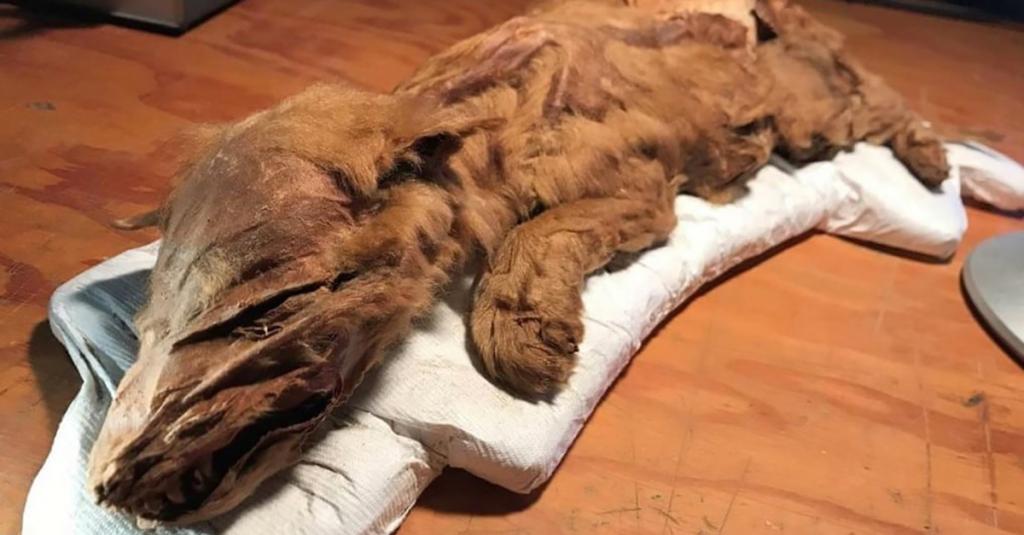 A 50,000-Year-Old Wolf Cub In Exceptional Condition Has Been Pulled Out Of The Ground In Canada

This 15-Year-Old Is Made £50,000 From His School Toilets
Read also
No connection
Check your settings