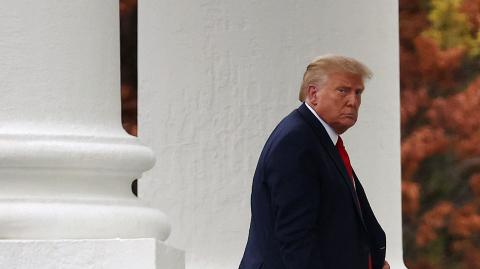 President Donald Trump has refused to condemn the actions of 17-year-old Kyle Rittenhouse, who is accused of shooting three anti-racism protesters with a semi-automatic rifle, killing two of them and seriously injuring the third. Trump suggested that Rittenhouse, who is a vocal Trump supporter on social media, may have been acting in self-defense.

Kyle Rittenhouse, a 17-year-old Trump supporter from Illinois, has been arrested and charged with first-degree intentional homicide and first-degree reckless homicide after allegedly shooting three men at an anti-racism protest in Wisconsin on Sunday 23rd August with a semi-automatic rifle.

The teenager had been ‘patrolling’ the streets with the military-style weapon at a protest against the police shooting of Jacob Blake. Video footage from the night seems to show Rittenhouse fatally shooting 36-year-old Joseph Rosenbaum and 26-year-old Anthony Huber and injuring 26-year-old Gaige Grosskreutz.

At a press conference this week, Trump said:

We're looking at all of that. That was an interesting situation, you saw the same tape as I saw, and he was trying to get away from them, I guess, it looks like. And he fell, and then they very violently attacked him. And it was something that we're looking at right now, and it's under investigation. I guess he was in very big trouble, he probably would have been killed, but it’s under investigation.

Whilst Trump appears to be referring to the video footage that shows Rittenhouse tripping and falling, Global News’ Fact Checker points out that this did not happen until after he had already shot the first victim, Joseph Rosenbaum. According to prosecutors, Rosenbaum had tried to take Rittenhouse’s gun from him.

Meanwhile, Trump’s opponent in the upcoming US elections, former Vice-President Joe Biden has accused the president of ‘fanning the flames’ of violence in America. He said ‘His failure to call on his own supporters to stop acting as an armed militia in this country shows how weak he is.’ 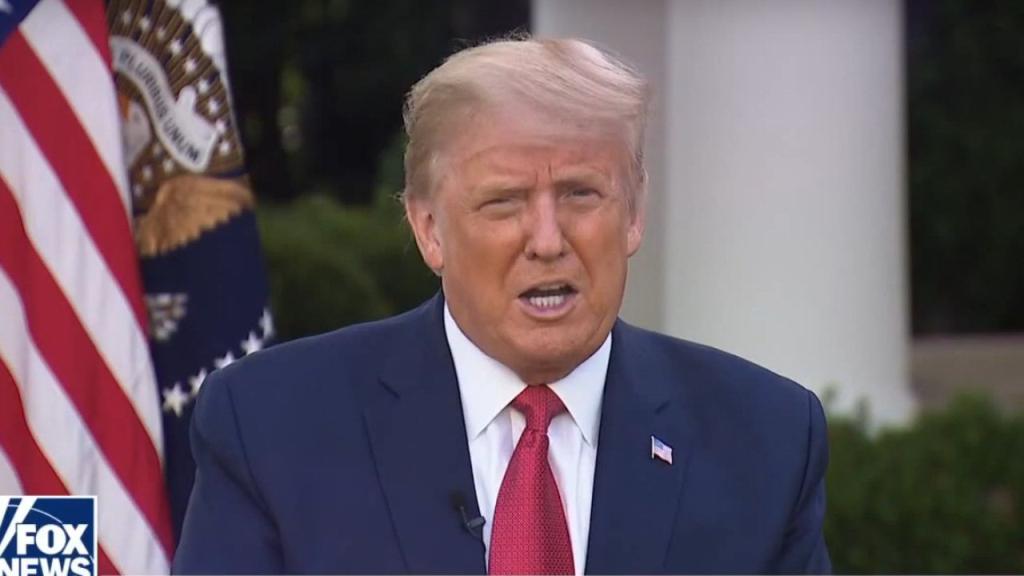 'I felt very tired:' Donald Trump shares an update on his health